In collaboration with Prevas, Coca Cola Enterprises Norge AS has made advances in preventive maintenance throughout the entire production with attaining world class maintenance as the departure point. This has lead to gains in the form of higher production efficiency and lower costs for production, maintenance and energy. At best, the plant now achieves results of up to 93 percent in overall equipment effectiveness as compared to 46 percent in 2009.

Easy to measure and analyze

“Since this we've taken the long-term approach and structure with the goal of becoming the best.” says André Nilsen Ibenholt and points to the following success factors. Through integration between EAM and the company's business system SAP, maintenance became a more integrated part of the entire production process. It was also important to have a simple and logical structure for the machines. Although it took time to manually build up the structure, it's paid off since we now have all information about the equipment gathered at a single location. The maintenance department has also gained a clearer role in the organization, and with the help of Infor EAM it's become easier to plan and follow up what has been done, where and when. Last but not least, we can now analyze and evaluate maintenance. With key performance indicators in Infor EAM and graphical presentation in QlikView, it's become vary easy to plan and follow up maintenance.

“The analysis aspect is the most genial in the system,” says André Nilsen Ibenholt. “It helps us to identify opportunities for improvement on our way to achieving world class maintenance.”

Smartphones and tablets part of the solutio

One of the biggest improvements for Coca Cola in Norway came with the transition to a wireless system based on Prevas' product Connector, which is used on iPads. With the simple and self-instructing interface for smartphones and tables, the maintenance system at Coca Cola Enterprises Norge became much more accessible and user friendly, which in turn led to it also being more used.

“The simplicity and speed are important because all concerned users are required to register even the smallest of problems and report what they do in the system,” says André Nilsen Ibenholt. “With Connector on an iPad, everyone has access to all basic functions in Infor EAM with all information regardless of location. And as necessary, they can take photos to illustrate the problems reported. It makes reporting fast, easy and effective.”

Through preventive maintenance throughout the production process, Coca Cola Enterprises Norge has acheive production efficiency that makes them one of Coco Cola's best production plants in Europe, with higher overall equipment effectiveness and lower costs for production, maintenance and energy. 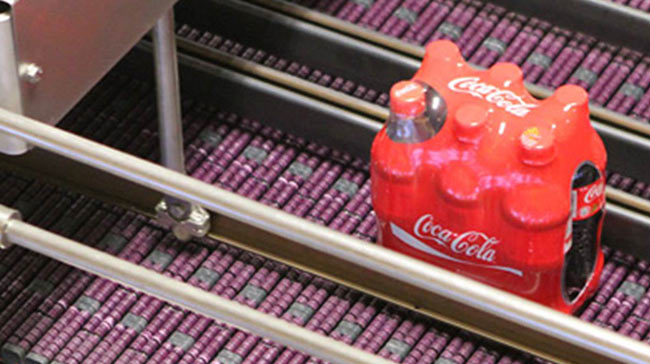