European Extremely Large Telescope (E-ELT) is precisely what the name suggests. The plan is to construct a gigantic astronomical telescope. Prevas has contributed with parts used to investigate whether or not the design is feasible.

WHY DO WE NEED YET ANOTHER TELESCOPE?
There are 13 major telescopes throughout the world and all of them are always occupied. There are six times as many research proposals than there is telescope time for.

WHY DOES IT HAVE TO BE SO BIG?
There are many things out there in the universe which we do not yet understand, for instance how solar systems and Earth-like planets come about, how the universe has developed from its beginning and what this universe looked like when the first stars and galaxies were formed. And there are still no final answers to the questions surrounding “dark energy”.

The plan is make E-ELT into a reflecting telescope with an effective reflector-lined surface of more than 120 m², making it today’s largest reflective telescope area. When the European Southern Observatory (ESO) consortium has finished constructing the telescope by 2020, it will be powerful enough to directly visualize planets orbiting stars outside our solar system. Space telescopes, such as Hubble and Herschel, already give us fantastic pictures of earlier galaxies and of the birth of stars, but equipment put into space is expensive, difficult to repair and has a limited lifetime.

SHARDS MEAN HAPPINESS
The E-ELT is intended to be the largest telescope for visible light that man has ever built and it will be able to look further than any other instrument towards the creation of the universe. The main reflector, with a diameter of 39 meter, also called M1, is assembled from 798 smaller hexagonal pieces, each 1.4 meter across. All the reflective pieces are assembled to form a single parabolic receiver. This is envisaged to be achieved by putting each piece on a stand equipped with three actuators which are able to align the piece towards the focal point of the telescope. The control data necessary for keeping the pieces correctly aligned are recalculated cyclically and transmitted to the drive electronics of the actuators behind each piece.

The requirements placed on this telescope are at the limits of what is currently technologically possible. For that reason, a team at E-ELT in Germany is currently working on the construction of a pilot facility to prove the feasibility of the requirements.

HANS NYSTRÖM AT PREVAS CUTS IN:
– The actuators will be supplied with control data by Ethernet. We at Prevas have contributed with our Ethernet adapters and National Instruments’ FPGA boards equipped with our coding and decoding algorithms for the UDP protocol. – ESO has tough requirements for everything and the people there are extremely knowledgeable. So, when they tried our solution, errors emerged which we ourselves had not discovered. The advanced setup and the tough timing requirements are extreme factors that made fault tracing difficult. But thanks to ESO, we were able to find the cause and correct the problem.

DON’T TWINKLE, TWINKLE LITTLE STAR
High resolution tracking is counteracted by the atmosphere itself; it is in constant motion and tends to make images blurry and shaky. This is why stars appear to be twinkling to the naked eye. Space telescopes do not have this problem. For Earth-based telescopes there are methods for correcting the atmosphere’s bad influence. By using deformable and adaptive optics (popularly called “rubber optics”) in the form of a reflective surface which can be bent and realigned, this negative effect can be counteracted.

E-ELT is equipped with a reflector in the ray path called M4 with a diameter of 2.5 meters but only 2 millimeter thick, which will be deformable by actuators, no less than 6,000 of them. These must be re-adjustable a thousand times a second to compensate for atmospheric disturbances. The method has been used before, for example on the 1.1 meter large secondary reflector on ESO’s Very Large Telescope (VLT) at Paranal.

LEIF JOHANSSON AT NATIONAL INSTRUMENTS EXPLAINS:
– National Instruments (NI) has been involved in the development of a prototype for verification of the control system for the M1 and M4 reflectors. NI has delivered hardware to the pilot facility in the form of the PXI platform (PCs) and the Compact RIO platform (industrial I/O). Both of these platforms include both processors and FPGAs. When developing its prototype, ESO made use of NI’s graphical development environment, LabView, for development of both software and programmable logic (VHDL) for NI’s hardware.

ESO’s VLT at Paranal, described above, has contributed to many scientific breakthroughs and has also given ESO expertise in the planning and construction of this type of telescope. This know-how is now being put to use at ESO’s test facility in Germany. The plan is that the telescope will be operational by the beginning of the next decade. More than 30 European companies and scientific institutions are involved in the development effort, which also offers great potential for spin-offs and technology transfers – as well as a dramatic opportunity to showcase the capabilities of European industry. 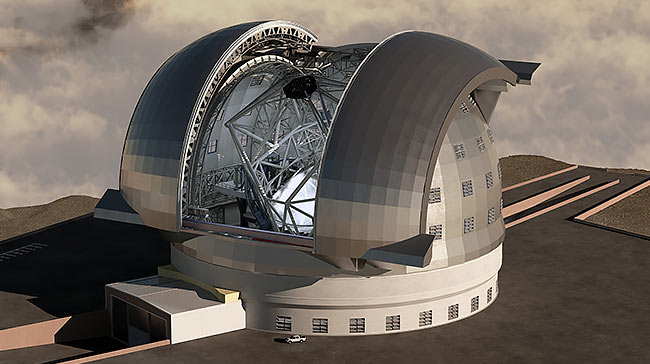 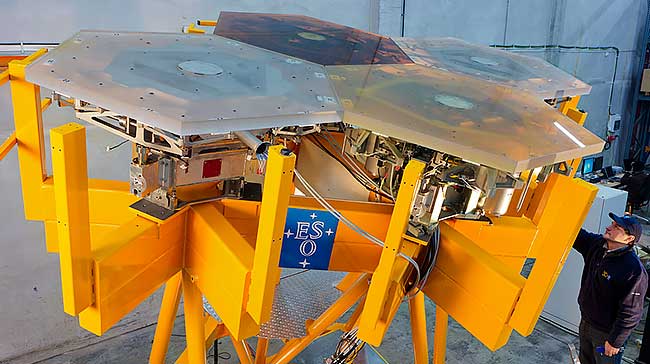 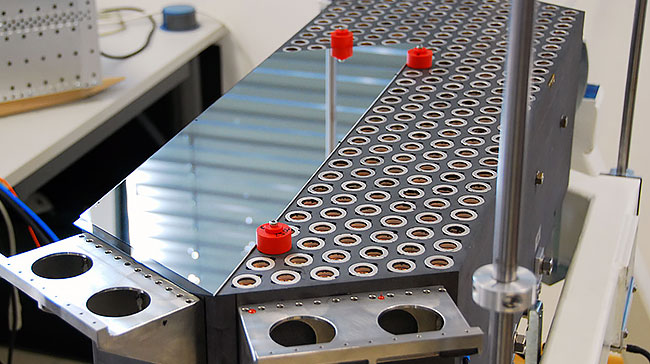 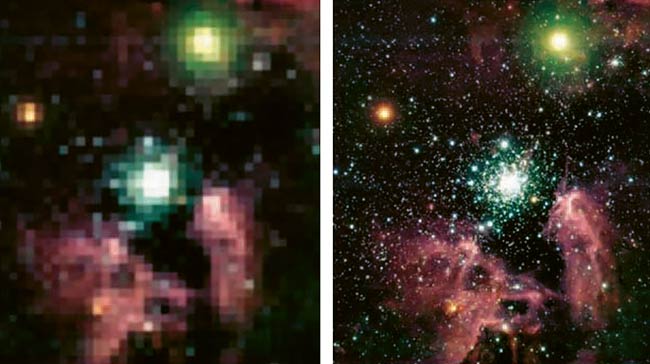