Being one of the largest distributors of food and other consumer goods in northern Europe, efficiency of logistics is of paramount importance to ICA. An important means to this end is to ensure that the distribution facilities are used as efficiently as possible.

Consequently, ICA decided to introduce efficiency measuring (OEE) at two of its automated facilities. In preparation for procurement, a preliminary internal study was carried out over one year´s time, which resulted in Prevas´ being contracted to supply an application based on software from Invensys.

The project involved one distribution center in Helsingborg and another in Västerås. The Helsingborg facility covers 63,000 m2 and serves 700 shops daily. The Västerås establishment handles packaged meat to most of Sweden´s ICA stores.

Prevas´ delivery stretched over three installments. The first included hook-up to approximately 100 OEE measuring points in the Helsingborg plant. After exhaustive tests, Prevas was chosen to take the project further by connecting up another 250 OEE measuring points in Helsingborg and another 80 in Västerås. At the same time, a new SCADA system was installed in Västerås, which enabled the operators to both control and analyze their facility.

— ICA´s varied product flows make it necessary to output relevant and reliable information quickly, information capable of explaining why the facility is not utilized to capacity in different situation, says Måns Forsberg of Prevas.

Currently, the system manages approximately 50,000 updates a day. The operations managers of ICA have much use for the crisp reports and the simple interface in their efforts to involve all staff members in their endeavors for continual improvements.

— At long last, I am able to show operations management, easily and understandably, how we could improve utilization of the warehouse, says Desmond Currivan, technical manager at the Helsingborg establishment.

— The most time-consuming part was the preliminary study. We had many discussions about non-functional requirements, e.g. safety. These discussions took a lot of time but it was still good that we tackled them early. The easiest part was probably to identify which variables to measure. In that
area, we got a lot of help from Prevas who are knowledgeable in that area, says Fredrik Lessig, development manager at ICA, Helsingborg. 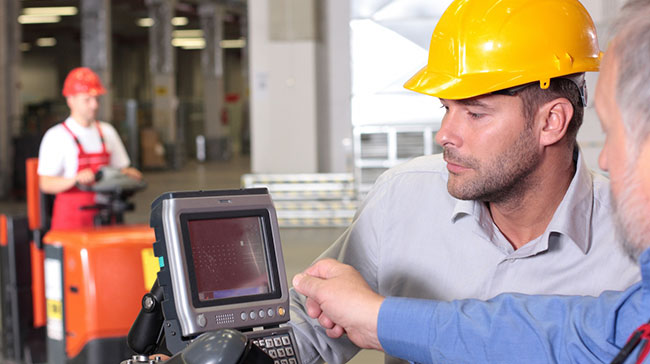