The Uppsala company ChromoGenics has developed a plastic foil for smart windows and is now putting its product on the market. Prevas helped create a scalable system for controlling the connected windows.

Assignment: Create a system to control the connected windows.

“Here in Sweden, cooling of many office buildings is activated with temperatures as low as 5 degrees Celsius, especially in buildings with servers and other heat-radiating equipment.”

The technology was originally developed by the Ångström Laboratory at the University of Uppsala and is based on an electrochrome foil that changes properties depending on the applied electrical charge. The concept was spun off at the end of the 90s and since this time, development has been conducted at the ChromoGenics facility in Uppsala. Prior to market launch, the company received assistance from Prevas in producing a reliable and user-friendly control system.

“Manufacturing of the foil and the application in laminated glass is our core expertise,” says Johnny Engfeldt. “We then engage external resources to handle electronics development, software, machine manufacture and so forth. We asked around and received good references for Prevas. It was also a major advantage that they have offices here in Uppsala.”

Basic requirements management laid a good foundation
The assignment was to design a scalable and flexible control system that could handle everything from dampening the light in a single conference room, to control of the passage of light through all windows in a newly constructed hotel. Prevas assembled a project group with expertise within among other areas, microprocessors, embedded software, Windows programming and hardware. Rikard Agrell, project manager and development engineer at Prevas in Uppsala, headed the project.

“We conducted a thorough risk reduction analysis at the beginning of the project to eliminate potential problems that could have affected the schedule, quality and cost picture,” Rikard Agrell explains. “The client’s wishes were broken down into unique requirements that could be measured and tested.

Thanks to thorough requirements management, work could be divided into several smaller deliveries that were presented to ChromoGenics while work was underway. Work packages were approved on a regular basis, which ensured that the schedule could be held. We had a fairly clear picture of what we needed but Prevas helped us to specify it in even more detail,” says Johnny Engfeldt.

“The result was a well-prepared requirements specification in which Prevas added dimensions that we hadn’t considered, such as how the electronics would be designed to make production and installation as efficient and reliable as possible.” Weekly project meetings were held that followed a strict agenda with reporting of how work had progressed and of any obstacles that had to be dealt with. Prevas summarized these meeting in weekly reports that were sent out to a number of key personnel at ChromoGenics.

Systematic work
In the finished control system, each window is powered from a centrally located supply and communication with the windows is super-positioned on the power. With this solution, cabling consists of just two wires, which is a major advantage and simplifies installation both for new construction and refurbishment projects. At the same time, power-line communications was one of the greatest challenges in the project.

“The system is complex but we broke it all down into smaller building blocks and worked our way forward systematically,” says Rikard Agrell. “In a technical development project, things always come up that weren’t anticipated, but together with the client we’ve been able to solve the problems we’ve encountered.”

Three Prevas staff members with expertise in various areas made up the core troop of the project, but many more were involved and contributed with their knowledge and experience.

“We have a company culture in which we simply ask those who know the most,” says Rikard Agrell. “Working without preconceived notions is a major strength and it is not especially difficult to find the answers here at Prevas. We have many curious, collaboration-oriented and technically skilled colleagues.”

Openness and positive working environment
The development project was begun in August 2014 and could be concluded in February 2015. The control system from Prevas is now in place and is administered from a user-friendly web interface that even works on mobile platforms. Sales activities will begin in the autumn and be initially oriented to office buildings.

“A factor for success has definitely been the good job we did with requirements specification, which enabled us to get underway at an early stage and discuss solutions and designs. We’ve experienced complete openness in working with Prevas. The working environment has been creative and positive, and we’re very satisfied with the results,” says Johnny Engfeldt. 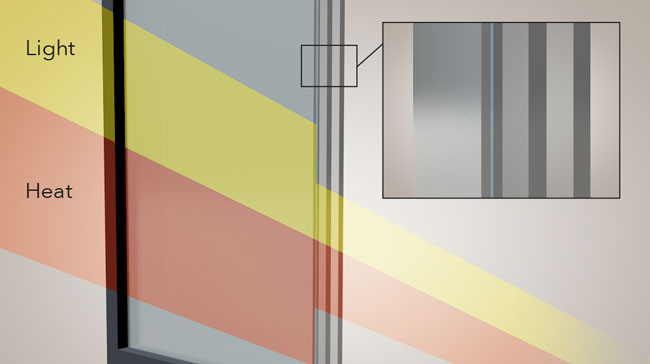 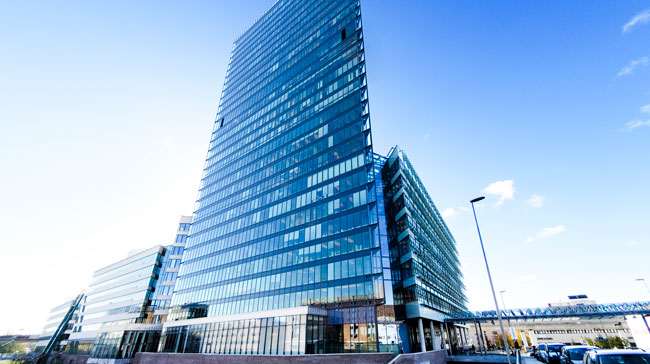