The demand for KESO® has dramatically increased in recent years. Limited capacity in the old dairy plant and an opportunity to streamline production led to the decision to move all operations to an unused plant in Falkenberg. Prevas has delivered and commissioned a scalable and future-safe production system.

Assignment: Prevas has involved a wide range of expertise and functions – project management, testing, development, support and maintenance. All have worked side by side with Arla’s personnel.

“SALES OF COTTAGE CHEESE – with Arla’s KESO® brand being best known among consumers – has increased by about 25 percent each of the past five years,” says Owe Jarlö, dairy manager at the Falkenberg plant. “The products are good for the health, tasty and the production process is very efficient in making use of the raw materials, which means that the development is welcomed by both Swedish dairy farmers and us at Arla.”

Arla has previously produced various cottage cheese products at the Skövde dairy, also under the supervision of Owe Jarlö who has worked nearly 45 years in various positions at the company. The capacity in Skövde was limited however – the dairy is in the downtown area and as the city grew and became more densely developed, there were no longer opportunities for expanding operations.

“Production in Skövde had just maxed out,” says Owe Jarlö. “With limited production capacity we can't reach out to new markets, such as Norway, Germany and Great Britain. It had gone so far that in 2013, we were rationing cottage cheese to retailers because production just couldn’t meet the demand.”

At about the same time as cottage cheese production was running at full capacity, Arla phased out hard cheese production in Falkenberg and the plant was no longer in use. Arla saw an opportunity here to build up a new, adapted dairy plant for cottage cheese, with high capacity and close to the many milk-producing farms in the Halland district.

PREVAS DELIVERS PRODUCTION SYSTEM
Work was begun in 2014 with the new production lines in Falkenberg and during 2015 the machinery and equipment from the Skövde plant were moved to Falkenberg and installed. Deltatec has been the lead contractor for this very extensive project and Prevas was engaged to adapt and commission the new production system.

“With a tight schedule, the most important challenge has been in getting all of the equipment in place in a structured manner without compromising quality,” says Lars Sandberg, sales manager for Prevas Industrial Systems in western Sweden. “To ensure the delivery we strengthened project management and even tried to be on site in Falkenberg as much as possible.”

Prevas has involved a wide range of expertise and functions – project management, testing, development, support and maintenance. All have worked side by side with Arla’s personnel. The MES (Manufacturing Execution System), which constitutes Prevas’ primary delivery in the project, gathers and analyzes production data to optimize production with regard to, for example, energy consumption and utilization of various resources.

HIGHER CAPACITY AND MORE EFFICIENT PRODUCTION Arla previously produced 20,000 metric tons of cottage cheese each year, which was insufficient for the growing market. The new dairy plant in Falkenberg has initially been dimensioned for an annual capacity of 29,000 metric tons. Depending on how the market develops in coming years, however, annual production can be scaled up to all of 44, 000 metric tons.

“We’ll initially be at about the same production volume as in Skövde,” says Tintin Mattsson, production manager at the Falkenberg plant. “The big difference is that with low investments in equipment and a small increase in personnel, we can dramatically increase the production volume.”

An arrangement that permits adjusting production to meet market needs is also entirely in line with how Prevas works.

“The only thing we know about the future is that our customers’ operations are constantly under development, and won't be the same in five years as they are now,” says Lars Sandberg. “This why we always strive to build scalable and flexible solutions.”

WITH THE SIGHTS SET ON “BUSINESS AS USUAL”
During the autumn Arla has worked with its suppliers to stabilize production and settle into routine production. Prevas is among those helping to optimize the processes and to check off the last items on the to-do list.

“Prevas has had an important role in the project, with overall responsibility for coordinating and integrating the various suppliers’ control systems,” says Tintin Mattsson.

“Support has worked well and they're now helping us to understand and clear up the remaining issues.”

Production of cottage cheese in Skövde came to an end in late September. The move to Falkenberg has been made without any significant decreases in production. Countless tests have been run alongside ordinary dairy operations and an entirely new production organization is in place.

“We've lived with constant change for nearly a year and a half now,” says Tintin Mattsson.

“We've moved and commissioned systems and technical equipment, integrated new technology and started up production with new employees who in many cases lack previous experience in cottage cheese production. Implementation of the project has been fantastic and both our suppliers and personnel have made major contributions.” 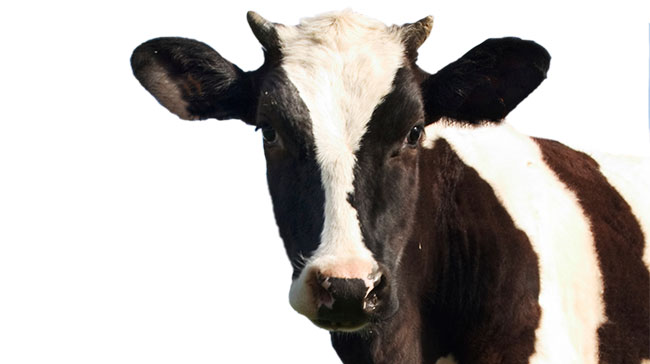 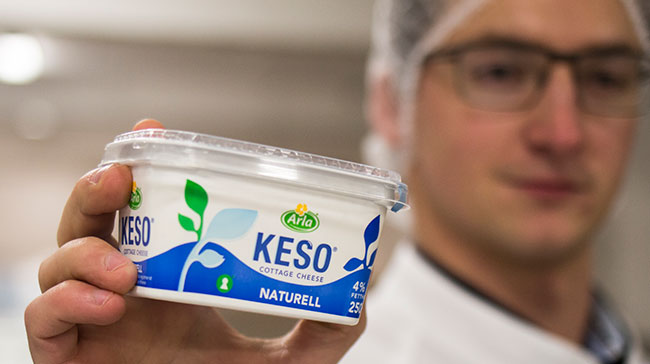