Bike helmet of the future

The idea of an airbag for bike riders was studied in a degree project at Lund University. Development is now being conducted by the company Hövding with support from Prevas. The bike helmet has reached the market and independent tests are showing unprecedented protective capabilities.

“The goal was to create invisible protection for bike riders, a product designed to better match everyday clothing and that would hopefully attain the same performance as a bike helmet,” says Heino Wendelrup, lead developer at Hövding. “The result of our development efforts is a fantastic innovation that provides significantly better protection than a standard helmet.”

The bike helmet from Hövding looks like a separate collar and works in about the same way as an airbag system for cars. The system consists of sensors – accelerometers and gyros – that constantly measure the rider’s movements. An algorithm that is “taught” with data from actual collisions and arranged accidents interprets the information from the sensors and makes decisions 200 times each second: trigger or don't trigger.

“When there's a collision or fall, the helmet triggers in 0.1 seconds and forms a large protective enclosure that most closely resembles an air-filled integral helmet,” Heino explains. “The rider's neck is immobilized and the head is protected.”

Up to eight times better protection

A test conducted by the insurance company Folksam shows that the Hövding helmet has three times better impact absorbing capabilities than the best conventional bike helmet. Stanford University in California recently presented a study that clearly focuses on the medical effects, in other words, the level of protection various helmets provide against head injuries. The study shows that Hövding helmets provide up to eight times better protection against concussions than conventional helmets.

“The protection factor can be illustrated by an example in which a bike rider is travelling at 25 kilometers per hour,” says Heino. “In the event of a collision, the risk for serious head injury is 90 percent if the rider is using a conventional helmet. With a Hövding helmet, the risk decreases to just 2 percent.”

Hövding helmets also dampen rotation in a fall since the larger physical protection absorbs forces in all directions. Less rotation means less-serious injuries but this aspect has not yet been included in independent testing of bike helmets.

An important project for Prevas

Prevas was engaged to assist in development of the Hövding helmet in 2012. Three experienced engineers in electronics, test systems and mechanics were involved in development. From Prevas’ side, the assignment has been coordinated by regional manager Patrick Buschow.

“It’s very stimulating to be along and help our client on this journey,” says Patrick. “Both the actual product and the commercial coupling are of interest to us and we do all we can so that their operations are as profitable and successful as possible.”

The technology in the Hövding helmet is based on standard components, such as those found in smartphones and TV gaming controllers. Prevas’ job is to improve the system, in among other ways by optimizing the circuit board and software. The focus is on new adding functions, while at the same time, making the product lighter, more pliant, more stable, more user friendly and less complicated to manufacture.

“For us, the project has been a little different since we’re usually engaged in development projects for industry,” says Patrick. “As an exciting innovation for the consumer market, Hövding really stands out among our references. The work has been educational and collaboration with the client has gone really well throughout the entire project.”

“We chose Prevas because they have extensive experience from product development and multidisciplinary collaboration,” says Heino. “They've shown considerable understanding of our situation as a smaller development company and they’re comfortable with working in an innovative environment where the frameworks aren’t always fixed. We value Prevas’ expertise and working together with them as an active partner.”

For the time being, not many are aware of the Hövding helmet beyond the Swedish market. Increasing awareness of the product and the safety aspects – among both consumers and retailers – is therefore an important challenge for the continued development of the company.

“We've created a very good product that we want to continue to improve, such as by making it more comfortable and user friendly. When we have the opportunity to demonstrate the concept, and also point out the fantastic results in independent tests, we see that there is major interest,” says Heino. 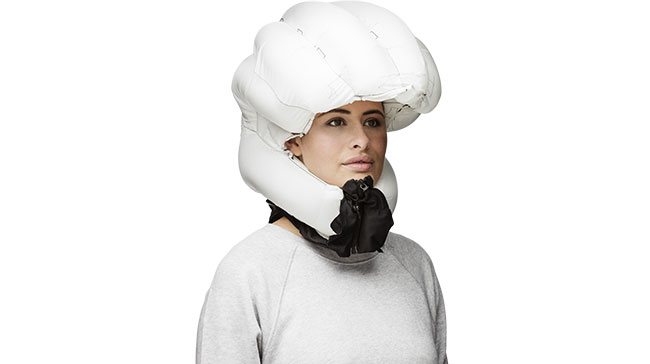 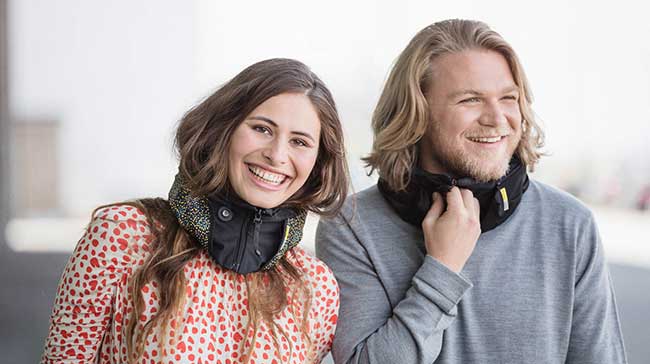