Prevas has partnered with ROMO Wind in a development project that is using a new pioneering method for measuring the wind that blows against wind turbines.

”This platform can be used for many more things than what we’re doing now. We’ve received help from Prevas in developing a technical platform that contributes to making our products more intelligent.” Mark Hvilsted, Head of Products & Technology, ROMO Wind.

The advanced technology is based on many years of research and development, and can
provide major savings for owners of wind turbines. ROMO Wind’s goal is to set a new industry standard for wind measurement. They supply products all over the world with Germany being the largest market. Other important markets are Italy, France and Spain. In Denmark there are currently about 35 installations of iSpin and in Sweden about 50.

iSpin is ROMO Wind’s sensor system. What makes iSpin unique is that the sensors are in front of the rotor, where the wind hits the turbine first. This provides much more exact measurement of weather conditions than what is otherwise the case. The wind sensors are traditionally placed at the rear of the turbine housing, which means that the turbulence generated by the turbine blades interferes with measurements. When the wind is measured at the rear of the rotor, it has already been “chopped” by the blades. ROMO Wind discovered that about half the wind turbines they checked, were not correctly positioned in relation to the wind. If a wind turbine is just a few degrees incorrectly positioned against the wind, the owner loses one percent of annual production.

ROMO Wind has considerable technical knowhow but turned to Prevas for help with the actual requirement specification for the project, and to develop a robust and tailored platform for iSpin that they can build further on. The company previously had a platform that was based on standard, off-the-shelf modules. They now wanted to own all the technology in the product themselves.

ROMO Wind used the Prevas model with the first stage being preparation for a requirements specification, and deciding on the architecture/software design that would be best suited for the project. The next stage was preparation for a technically sustainable solution and the third stage was conducting a preliminary study to clarify the project’s requirements and purpose.

Prevas developed a software and hardware platform, and conducted measurements and tests to ensure compliance with the requirements from ROMO Wind and those in applicable legislation. Lastly, Prevas contributed during the approval phase in achieving certification and CE-labeling. Prevas has also played a key role in the development of the housing for the product. The solution is based on Prevas Industrial Linux (PIL) – an industrial platform that provides the client with cost efficiency due to Prevas reusing technology and collective experience from all over the world. Thereafter, the Linux platform is tailored to the specific client.

”Collaboration with Prevas was very smooth and efficient, and worked perfectly. Unanticipated problems always occur in a project. Prevas has handled this extremely well. With a development partner, you enter a long-term relationship, and even after the main project is completed the project lives on.” Mark Hvilsted

With iSpin’s measurement method, it can be ensured that the wind turbines will not lose productivity and that the owners of the wind turbines will gain improved insight into the wind conditions by all important wind parameters being simultaneously measured. ROMO Wind has advanced its position with regard to quality and price, and can today build further with its own applications on the platform. iSpin is also easier to install because the system with three sensors now fits in one and the same housing. With Prevas’ help, ROMO Wind has come closer to its goal of making iSpin the industry standard for wind measurement technology. By August 2017, the company had more than 350 systems in operation, which corresponds to over 1,000 sensors. Through the help of Prevas, ROMO Wind more quickly bypassed several pitfalls and can soon launch an even more robust, fourth generation of iSpin. 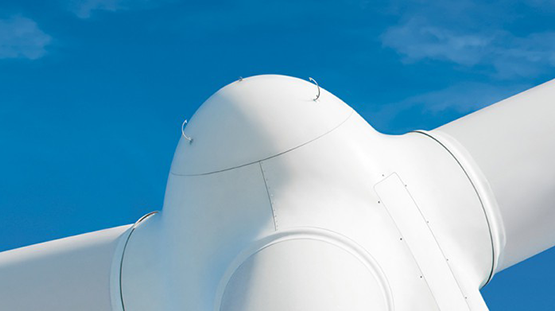