Next generation wearable brings light into your life

From idea, prototype to production in record time! The world´s first user-friendly light measuring wearable and app for a balanced sleep-wake cycle.

During wintertime, it is quite normal to feel down and depressed due to the cold weather and lack of light. The type of light you receive affects your body by influencing its natural circadian rhythm – the body’s own sleep/wake cycle.

Bright blue light tells you to wake up, become energized and boosts concentration - great for when you just wake up. Warm dim hues tell your body to produce melatonin and prepare for restorative sleep. In today’s world our office lifestyles, home lighting and tablet/smartphone usage disrupt this natural cycle of light.

Short-term disruption of a person’s body clock or circadian rhythm is a known cause of jet lag and Seasonal Affected Disorder (SAD). A growing body of evidence now exists that long-term disruption can also be a contributing factor in cardiovascular disease, type 2 diabetes and even cancer.

Christina Blach Petersen, founder of LYS Technologies, and her team designed and developed the concept for a small light-tracking wearable device that could measure the amount and color of the light we receive throughout the day, notifying this to the user via a smartphone application.

LYS – the Danish word for light – is able to not only show the kind and amount of light received, but also give actionable prompts and feedback to ensure the user leads a healthier lifestyle - in other words helping them make light a part of their diet.

"The idea sprung from my final year thesis on the effects of light on the human body", states Petersen, an alumna of the UK’s Royal College of Art and Imperial College. "With the experience Prevas have with small low-powered IoT devices, they were a natural partner to realize my idea".

"Christina approached Prevas at the end of November 2016 with a need for 150 prototypes by January 2017", explains Prevas Senior Project Manager Christian Ward. "We started with a week-long pre-project together with Christina to define the requirements, then put our rapid prototyping experience into play. In just a couple of days, we assembled a hardware mock-up to enable the software development to begin.

The deadline was especially challenging due to the Christmas holidays, but on the 6th of January 2017 the 150 prototype devices and charging stations were delivered from the EMS partner, and then assembled with batteries in 3D printed cases, all in time for the planned February field trial. The field trial more than proved the validity of the concept. After only 3 weeks of usage, test participants reported a drop in the average time to fall asleep from 27 to 16 minutes and energy levels tripling.

FROM PROTOTYPE TO KICKSTARTER CAMPAIGN AND COMMERCIAL PRODUCTION

From April to June 2017 the LYS concept went through a couple of iterations and prototypes based on the feedback from the field trial and focus groups.

The design for the cases and plastic parts also went through major improvements, before being transferred to Taiwan for the creation of the tools for injection moulding.

In September 2017, a test run of assembling 300 devices and charging stations was made in Taiwan, using PCBs manufactured in Denmark and injection moulded cases coming straight off the production line. "To see the injection moulded parts come out of the machines and be assembled into completed products was a truly magical moment", says Petersen, who made sure she was in Taiwan to oversee the first batch.

This also coincided with the completion of a successfully funded Kickstarter campaign and the finalising of the smartphone application, created by one of Denmark’s top application development houses.

This 0-series production run tested out the assembly process, both of the electronics and the complete product, with some tweaks made to ensure a product of consistent quality. From that moment, the race was on to get units manufactured and dispatched in time for Christmas.

Although a huge effort, all the supporters of the Kickstarter campaign received their LYS in, or ahead of, time.

Indeed, the future looks increasingly bright for LYS. "I’ve been overwhelmed by the response from both health conscious individuals, high profile companies and researchers, all of which grasp the huge potential of the product, the data and the vision. The world is beginning to understanding the crucial role light plays in our urban environments and I’m thrilled to be at the forefront of the movement," says Petersen.

"The LYS project really shows how Prevas can bring together all the ingredients to take an idea to a successful commercial product in record time", says Henrik Møller, President Prevas A/S. "We look forward to working further with Christina in the future, to enhance LYS and take it into other market segments".

To keep costs down on the initial order of 10,000 units, Prevas designed the device around a pre-certified PSoC Bluetooth module from Cypress Semiconductors, avoiding the cost of extensive radio testing needed for FCC compliance.

However, this still left the problem of how the units would be programmed and tested in production The traditional route of an expensive LabVIEW setup was clearly out of the question, so Prevas engineers hit upon the idea of using low- cost PSoC demonstration boards for programming a panel of devices all at once – in effect, PSoCs were programming PSoCs!

In only a couple of days, a dedicated jig was assembled that could programme, verify, run a built-in self-test routine and display the results for 12 devices in only 6 seconds! 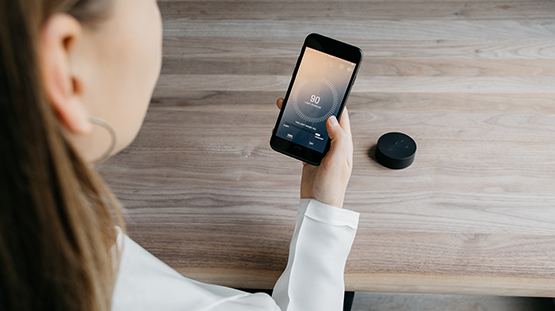 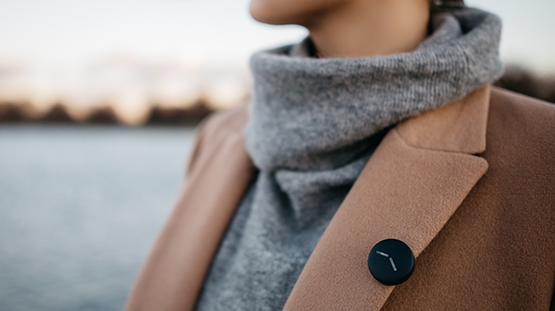 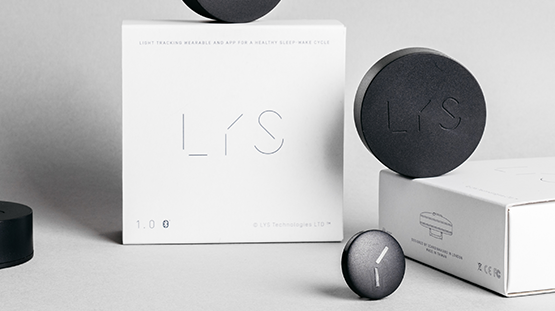