A Innovative Technology for Solar Cells

Sol Voltaics AB was established in 2008 as a spin-off from Lund University’s world-leading nanotech research and is active in the rapidly growing market for solar energy. The company is developing new and innovative technology that enables solar panel manufacturers to increase the efficiency of their solar cells. Prevas has been involved since the university days and is now a strategic partner for Sol Voltaics.

The company is still at the technical development stage, and with the help of research allocations and risk capital, is working to develop the equipment for manufacturing nanofibers. Until 2014, all development activities were conducted at the university, with a staff of about 20, but there are now approximately 60 persons carrying development forward in the company’s well-equipped premises – a green cleantech company with robust and secure software.

“In 2014, there was considerable pressure to get the equipment in our new facility operable as soon as possible, which led to bringing in Prevas early on,” says Dr Luke Hankin, Senior Engineering Manager at Sol Voltaics. “We went into the project with a lot to do but with limited resources, so the flexibility they were able to provide was a big help. We could receive the support we needed exactly when we needed it.”

The process for manufacturing nanofibers begins with a metal melt and particles being created through evaporation. This is followed by a number of steps during which the particles are rounded off and sorted by size. When they finally reach the reactor, nanofiber growth is begun under high temperature along with substances such as TMGa and AsH3. The produced fibers consist of gallium arsenide (GaAs), with each fiber being a solar cell that produces electrical current when exposed to sunlight.

The nanofibers are thereafter sampled, saved and sent on for further processing. The control system for the process above is produced by National Instruments LabVIEW, and Prevas works continuously with updates and optimization of the present system, with everything involving technological development at the leading edge. The selection of LabVIEW was absolutely critical according to Björn Pentén Sales Manager at Prevas, since it also gives Sol Voltaics the capability to adjust and modify.

“Producing these fibers is an advanced process, involving reactive gases, high temperatures and flows with high precision,” says Björn. “It requires an automated control system to regulate the process. This is a time-critical control system we developed ourselves in which we’ve been able to utilize our extensive experience in smart industry and automation. We’ve also arranged workshops on industry applications at which we’ve engaged a number of automation experts at Prevas.”

Björn emphasizes the importance of adapting the developed solution to actual needs, not based on the technology’s capabilities but rather on Sol Voltaics’ need for an appropriate solution, a technological solution adapted to the end-customer. Prevas’ collective experience from major industries with both hardware and software was also a decisive parameter for Sol Voltaics in choosing them as a collaborative partner.

In the next process, the nanofibers attain the correct orientation through a chemical process before being applied in a thin film. The film is thereafter treated in a number of steps that include electrical contacts being applied that enable transfer of the generated current.

“This thin film cell has been developed to be more sensitive to the sun’s blue light spectrum, but transparent for the red part of the spectrum,” Luke explains. “The film can subsequently be used on a solar panel with silicon cells, with the film placed above these.”

Exciting plans for the future

Sol Voltaics plans to have its first product on the market in 2020. This product – SolFilm – can either be produced as a module solely containing GaAs nanofibers as the active material, or placed above silicon cells, for example. In the aforementioned case, efficiency is comparable to high-performance silicon modules. The efficiency of the tandem modules can be over 25 percent (often considered to be the practical limit for silicon modules) and potentially increase to values just under 30 percent during the next few years.

“As with all startups, time-to-market is critical,” says Luke. “Prevas is a supplier that provides the sophisticated control systems we need, quickly, cost-effectively and in a responsive manner. All this, in combination with their strong focus on confidentiality, was decisive when we chose them as a partner.”

“There will be substantial demand in the market for solar panels that are not only highly efficient, but that are also aesthetically pleasing,” says Dr Arno Stassen, director of product marketing at Sol Voltaics. “Roofs will not just be excellent sources of electricity, they will also be very attractive.” 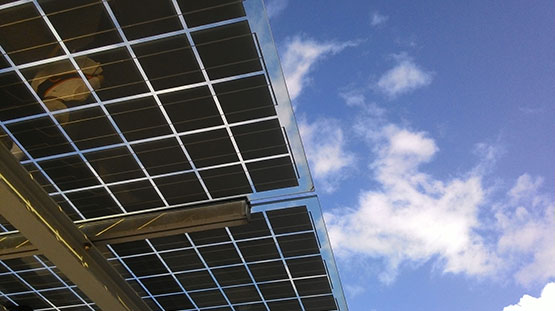