It is not every day that an 82-year-old approaches Prevas for assistance in realizing an idea in electronics. But Erling Nielsen from Horsens did exactly that. It just happened to be an idea based on a Cloud solution. But you can’t exactly say that Erling Nielsen is new to electronics. He spent six decades working in and with the Danish electronics industry.

Nielsen’s ambition is to create secure bicycle parking for city centers. This means bike parking racks where expensive bicycles can be left with peace of mind. The bicycle parking racks will be equipped with heavy duty chains that can effectively protect customers’ bicycles. The locks to the 10 mm chains are unlocked with an app on the customer’s smartphone.

- You use an app to see where there is an available bike rack. You go to the rack, where the lock will open. Then you stick the chain through the frame and the wheel and into the lock. We use a heavy 10 mm galvanized steel chain. It would be nearly impossible for anyone to steal the bicycle, says Nielsen.

Cyclists who may have paid DKK 10,000 or even DKK 25,000 for specialized bicycles can therefore feel secure when leaving their bicycles in the city.

- Cylock offers something unique. Many people have had the idea of using digital bicycle locks that are attached to the bicycle. This has shown itself to be rather impractical. Cylock offers a parking rack that holds onto the bicycle. It’s a new idea, says Henrik Thomsen, Project Sales Manager for Prevas. He has been involved in the project from Prevas’ side.

The solution of having bicycle racks where the bicycles are locked up tight is also an advantage for the provider, which would typically be a municipality or transportation authority. The system will keep track of who has parked their bicycles, and this will help to avoid a big accumulation of old, worn-out, and potentially stolen bicycles.

- It’s exciting for us to get the opportunity to be involved at every level from the bicycle rack, up in the cloud, and then back to the app used by bicycle owners. It’s not just a system that functions between smartphones and the cloud. We are also developing software for the bicycle racks where the bicycles are parked. We are covering the entire chain. That is our strong point, says Thomsen.

- The system presents high demands for data security. Of course, we can’t allow a system where someone can suddenly unlock your bike and ride away with it, says Thomsen.

- In the long term, a payment system will also be incorporated to generate revenue for the system owner. This also requires a secure payment solution. Even if it might sound simple, it means a lot of requirements for data security, says Thomsen.

For Erling Nielsen, Prevas was the obvious choice for this task. - I’ve known Prevas for a long time and have seen the company tackle similar tasks with outstanding results. They also have a large existing customer base, which instills confidence in their ability to solve new tasks, he says.

Erling Nielsen has several ideas about how the Cylock system can be used for applications other than bicycles. It could be used to secure vehicle trailers. It could also be used for boat rentals, such as on the Gudenåen river.

- For canoe rentals, you need to maintain an overview of where each canoe is located, how long it’s been out, and who has used it, says Nielsen.

- Our first priority is to get the bicycle project up and running. The other things can come after that. People are also welcome to get in touch if they have other ideas about what this type of locking system can be used for.

Erling Nielsen could have actually retired at the age of 72 when he sold the company Instruments in 2008. But even at age 82 he just can’t stop starting new projects. He can often be found in his workshop, where he develops and builds his products.

- I feel great, and this is not the only project that I have underway, he laughs.

Nielsen has been involved in the Danish electronics industry since the 1950s. He was employed building televisions at the Arena factory in Horsens, among other things. He sees significant differences in the way electronics were produced back then and how they are developed today.

- Because today’s electronics have become so complicated, all the people involved in a development project are small pieces in a larger picture. You have to have a whole series of experts in many different areas. Back when we were making televisions at the Arena factory, things were much different. Although a color television is an intricate device, our engineers were familiar with every single piece of the television. It was interesting to know something about the entire product. Today, it’s a completely different world, he says. 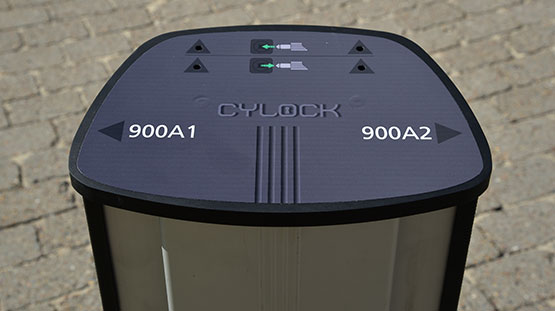 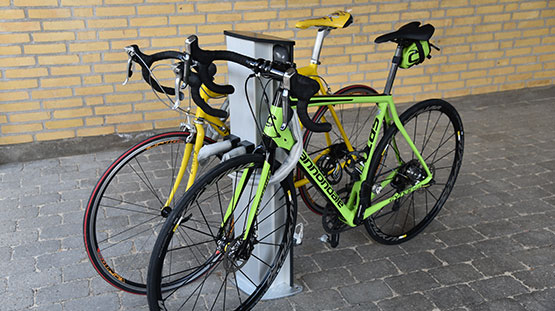