With help from Prevas, steelmaker Uddeholm has developed an emergency management app for use in the event of emergencies. Uddeholm’s head of safety Mathias Hedlund and CEO Johnny Sjöström called a meeting to discuss the alternatives for digitalizing the company’s emergency management binders. The main problem was that these binders were so widely distributed that keeping all copies up to date – with regard to temporary vacation staff, people who had left the company, telephone lists, etc. – was exceedingly difficult.

“We had a very rudimentary outline in a text document that we used as a basis for discussion about what should be included in an app and which functions we wanted to have.”

After bouncing their ideas off each other, they quickly arrived at an initial structure. They put considerable effort into everything, from the safety aspects to user friendliness, and by summer they had a beta version. After a period of testing, the system was deployed during November and December 2017.

“The idea was for the managers and supervisors at Uddeholm to have the information in their company phones, so we discussed the options for adding value to the system,” says Patrik Olsson Bichis, digitalization expert at Prevas.

Once the frameworks were set, Prevas developer Tobias Jansson, began with the actual development. The only technical requirement was that the solution could be easily plugged into Uddeholm’s underlying administrative system. Because it was also developed by Prevas, this did not entail any greater problems.

“In consultation with Mathias and with his views on function and appearance, we developed the app in .NET and with the Aurelia framework, in other words, modern web technology,” says Tobias. “We wanted to produce a test site as quickly as possible so we could test the system with fictive data.”

The app initially included static lists of measures, but more dynamic functions were added at an early stage. The user receives step-by-step support for how he or she is to react based on the type of incident, including instructions on what is to be reported when calling emergency services, who should be contacted and in which order. Everything is documented in a log.

“The actual information flow was important to us,” says Mathias. “When incidents occur, there can be both incorrect and conflicting information. Here we get a quick overview of what has happened and who has done what.”

An emergency management app by definition may not be overly complex or otherwise difficult to use. If there is a fire, the last thing you need is a question about your login details. You want to know exactly what you should do, here and now. For a more serious incident, Uddeholm’s emergency management team can be reached directly when the incident is registered in the app. Concerned management staff can also be inserted into the flow so that the information goes to those who need it.

Tobias emphasizes that the emergency management app is not a reporting tool, but rather a form of support during ongoing incidents. When someone triggers an alarm, the chat log opens with concrete information about who should do what and with a map of the relevant area.

“The app is for Uddeholm employees and it is their reporting that initiates actions in the event of emergencies,” Tobias explains. “In a next stage, we may utilize the smart factory in a more advanced manner with automatic alarms, for example.”

For Tobias, with his background in IT, it was both useful and essential with the support and industry experience that his colleagues at Prevas could provide. The safety approach that is so important for a heavy industrial company like Uddeholm is nothing natural or obvious for an IT agency.

“You also have to keep in mind that a little startup company would probably never have come in at Uddeholm, even if they was able to resolve the problem from a purely technical standpoint,” says Tobias. “This is why the breadth of knowledge of several staff members in combination with acquired experience is so important for Prevas.”

Since its introduction, quite a few adjustments have been made in the app, such as the capability to see who is logged in. When there is an alarm in the middle of the night, it can be good to know who is informed and aware of the incident. In conjunction with an incident, an SMS text message is also sent out to those concerned. The message contains a link for activating the app that the recipient can tap instead of responding.

“It has to be easy to do the right thing,” says Mathias. “We closely collaborate with Prevas and have an open dialog; they listen to our opinions. I’m no programmer but I had a good idea of what we wanted, and they knew what was practical to include in the app and how to implement it. It’s all been a very positive experience.” 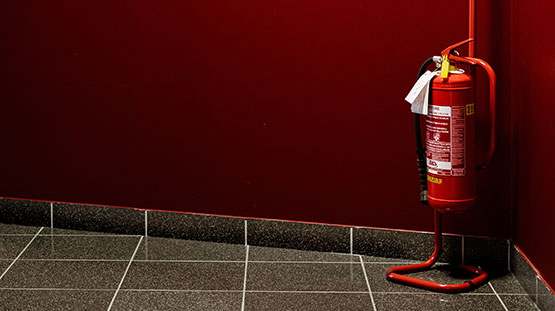 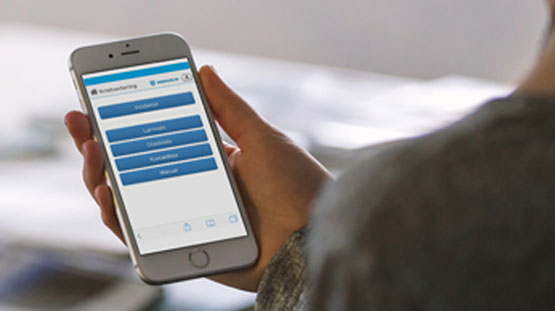 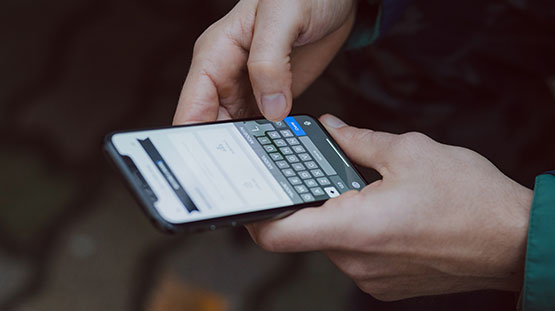