The Game Changer in Wireless Coverage

We take our mobile coverage for granted and can be very irritated when it does not meet our expectations – or even worse – when there is no coverage at all.

A company that ensures that we can continue our conversations even in tunnels and other difficult environments is Maven Wireless, which in collaboration with Prevas, is developing the next generation’s distributed antenna system.

The DAS product Maven Wireless is developing provides solutions for establishing mobile coverage beyond the reach of base stations. Typical examples are highway and rail tunnels, subways, arenas and other building complexes that require a separate solution for indoor coverage. When the company encountered needs for additional resources in digital design, Prevas was contacted. They were already familiar with Prevas from earlier consulting contacts.

“Maven Wireless said that they wanted to have us as a strategic partner and resource for design of digital boards,” says Mikael Hamberg, senior engineer for electronics design at Prevas. “We’ve primarily contributed with schema diagrams, board layouts and some simulation work on high-speed interfaces.”

The field of indoor coverage is rapidly growing, due in part to the new generations of standards having continuously increased in frequency – from 2G, 3G, 4G and so forth. The higher frequencies have more difficulty in penetrating the different types of construction materials, such as concrete. Moreover, new construction materials and solutions produce additional obstacles for the radio signals in forcing their way through.

“Examples of this are window panes, which previously only consisted of glass,” says Fredrik. “These days they often incorporate foil as protection against radiation, which is pure death for radio signals and makes coverage indoors catastrophically bad. This has further driven the need for indoor coverage solutions.”

Distributed antenna systems are often used indoors. Base stations are more expensive and provide better capacity, but if it is “only” coverage that is needed, it is enough with a more cost-effective DAS system. Moreover, DAS is a multi-operator system while the base stations are operator-dependent, which means that a specific base station is required for each operator. If four operators have coverage at the same location, four base stations are needed.

“For Prevas, work began with the schema diagram for what we call the master unit,” Mikael explains, “in other words, the unit that is connected to the base station.”

“In the remote unit’s digital domain, we’ve developed algorithms for linearizing our power amplifiers, which makes the unit’s power consumption several times lower than with a traditional system,” Fredrik explains. “This in turn means that we’ve also significantly lowered the weight.”

The distributed remote units are compact and weigh less than 25 kilos. They can consequently be classified as “one-man-lift” – something that no other supplier can offer. In addition, the system consumes very little power, which means less generated heat, and subsequently, no need for cooling fans.

“Fanless remote installations are important in tunnel coverage, for example, where fans are always to be avoided,” says Fredrik. “Sending personnel down to clean or replace fans in dirty and hazardous environments such as train tunnels is complicated. We are one of the few companies with a solution like this in combination with several bands in the high frequency class.”

Mikael emphasizes that Prevas has not supplied solutions or knowledge that Maven Wireless lacks; they have highly skilled designers but simply lacked certain resources. The companies closely collaborate in development, with Prevas being exactly the strategic partner Maven Wireless was looking for.

“We’ve come incredibly far since the first meeting thanks to our experienced layout people, such as Magnus Lövgren, who joined the project around October/November to lay out the master node’s digital board,” says Mikael. “Once he had created the layout for the various parts for intermediate storage of date and memory, Prevas’ EMC expert Thomas Bergkvist could move on with simulation of the interfaces.”

The capability to utilize experts from different offices around the country is an important factor, with Prevas being able to draw upon its entire network to find the right expertise. Everything still looked good after the final simulations, and at the beginning of the year, the first master digital board went into production. For Maven Wireless, it is a matter of beefing up various areas, especially in the manufacturing of special boards and in production, which is not continuous but has occasional peaks. With Prevas’ resources, it is easy and efficient to bring in a skilled consultant as needed, eliminating the need for Maven Wireless to maintain permanent staff to handle these peaks.

“Prevas is a strong partner in this type of development project,” says Fredrik in closing. “This is our first big job together, but there will be more. We’ll have new peaks in the future and it is Prevas we will turn to when we do. This is a long-term collaborative arrangement.” 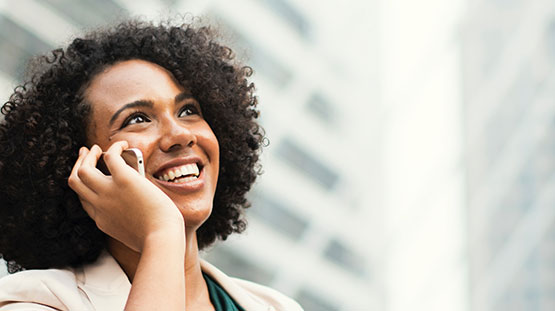