Force Technology and Prevas have developed a new ultrasonic scanner with a high number of ultrasonic elements, that can scan vast volumes quickly and show them in real time.

Force Technology was founded in the 1970s and has been a pioneer in ultrasonic scanning devices. The company has developed devices for scanning metal tubes, wind turbine blades and many other structures. Ultrasonic scanning can “look” into the structures and reveal critical faults, thus providing non-destructive testing.

In the latest iteration of the popular P-Scan Stack System, Force Technology has taken the technology a giant step forward. Instead of using only one or two ultrasonic elements simultaneously, the new P-Scan Stack can handle up to 128 elements using a phased array. This means that the device can send and detect a direction-controlled, ultrasonic wave front instead of just a single beam.

The newly developed system makes it possible to scan a 100-meter wind turbine blade in just a quarter of an hour with a special electric vehicle moving the ultrasonic scanner along the blade. Until now, it has taken several hours to complete such a scan.

“It’s important for blade manufacturers to be able to scan blades quickly, because the blades are quickly produced. A longer testing phase can prolong production time,” says Lars Vesth, director of digital IT and innovation at Force Technology, and responsible for development of the new P-Scan system.

Ultrasonic elements, or crystals, send ultrasonic beams and record the echo from the material. And with that information, the device can draw a picture of the material. For example, it can detect irregularities in a fiberglass blade or in a metal weld. It is also used in the oil and gas industries to measure tube corrosion.

Not many companies have thorough knowledge of phased array systems, but Prevas has extensive expertise in this complex area, and this is also the reason why Force Technology chose Prevas as their partner for developing their new product.

In the field of phased array systems, Prevas projects have included joint development of a large phased array system, SARUS, with BK Medical and DTU, the Technical University of Denmark. SARUS can perform vector velocity imaging and can thereby measure the blood flow through individual veins of a patient in real time.

One major issue when receiving large volumes of data from the probe elements is being able to process the information quickly enough. The P-Scan system is a real time system, that shows live pictures of structures to users as they are scanned.

“We needed to collect data from all of the elements and to visualize the results immediately,” says Peter Aagaard Kristensen, Vice President of Technology at Prevas.

“You can easily generate 10 Gbit of data per second from a phased array system,” says Peter Aagaard Kristensen. “We have brought that number down to sub-1 Gbit per second. We pre-process the data extensively in an FPGA and extract the most important part before we send it to a PC for further processing, where the data is visualized in real time 3D, using GPU technology.”

“Prevas has done a very good job of designing the PCBs and programming the boards,” says Lars Vesth at Force Technology. “Prevas has the requisite expertise in FPGA programming, and they have worked with phased array systems in medical applications.”

Ultrasonic scanning is familiar from scanning of pregnant women. In an industrial context, it can be used to scan anything from building structures to small industrial products that require a quality check before sale.

“When you examine a wind turbine blade, you are primarily interested in investigating the bearing strength in critical areas, where the forces are very large,” says Lars Vesth. “And these areas are where the load-bearing beam is connected to the shells of the blade.

“We can examine areas in blades down to one millimeter by one millimeter. Our P-Scan system examines tubes in the oil industry, steel tanks and nuclear power plants. It can be used for any critical structure that is subject to failure.”

Force Technology has developed a number of special devices for specific scanning needs. For instance, Force has developed a system for scanning tubes installed in oil platforms. The devices circles around the tube measuring every centimeter of the tube. Now with the new phase array system the scanning of tubes can be done much faster, because it covers a much larger area.

“We can now apply up to 64 element probes, so the equipment only needs to turn a few times,” says Lars Vesth. “It saves a lot of time, and time is costly on an oil platform. We can complete scanning up to ten times faster than before.”

The tube scanner is a small device weighing less than 10 kilograms, whereas the scanner for turbine blades basically is a large electric vehicle, that an operator drives along the blade to measure it from one end to the other. 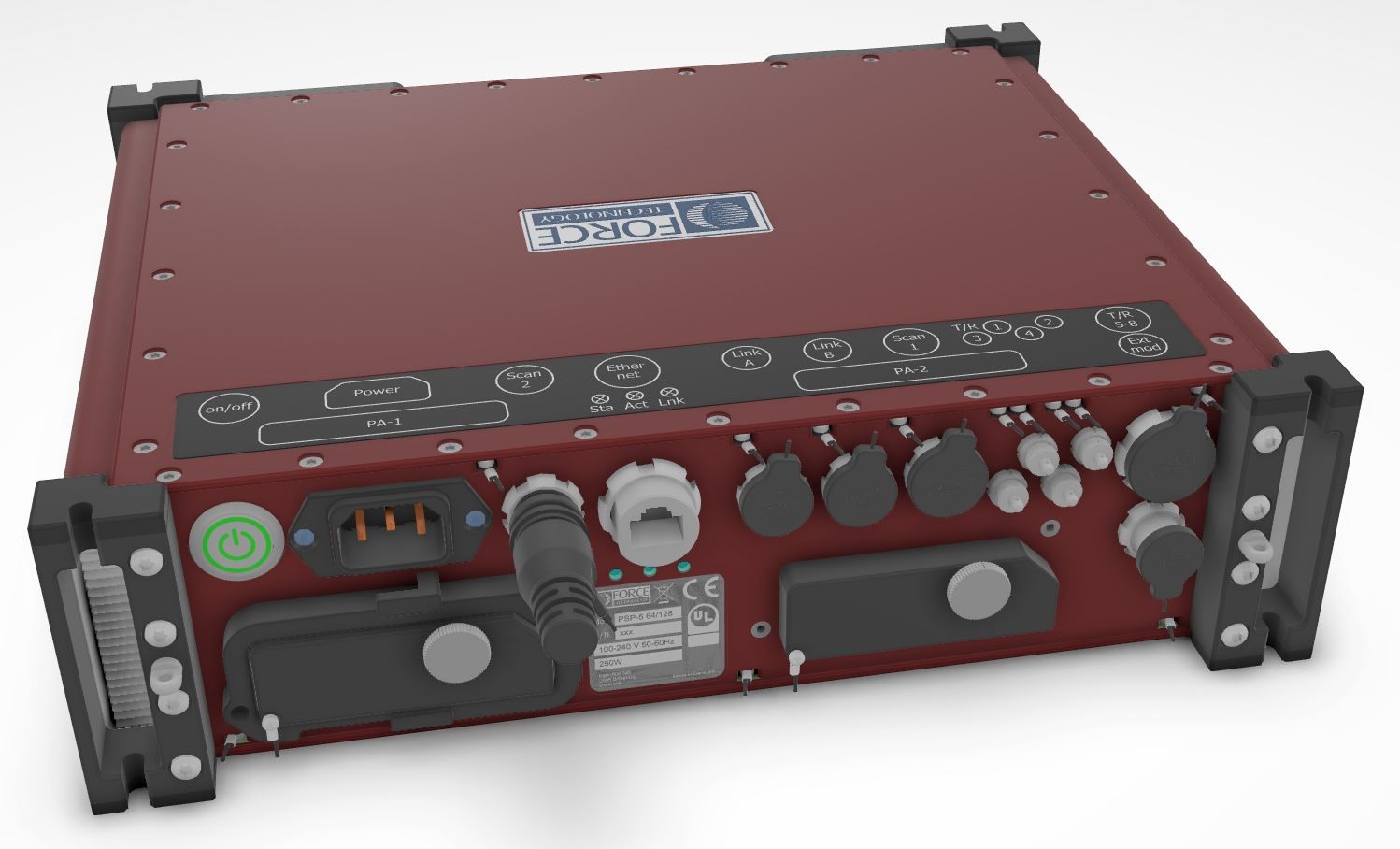 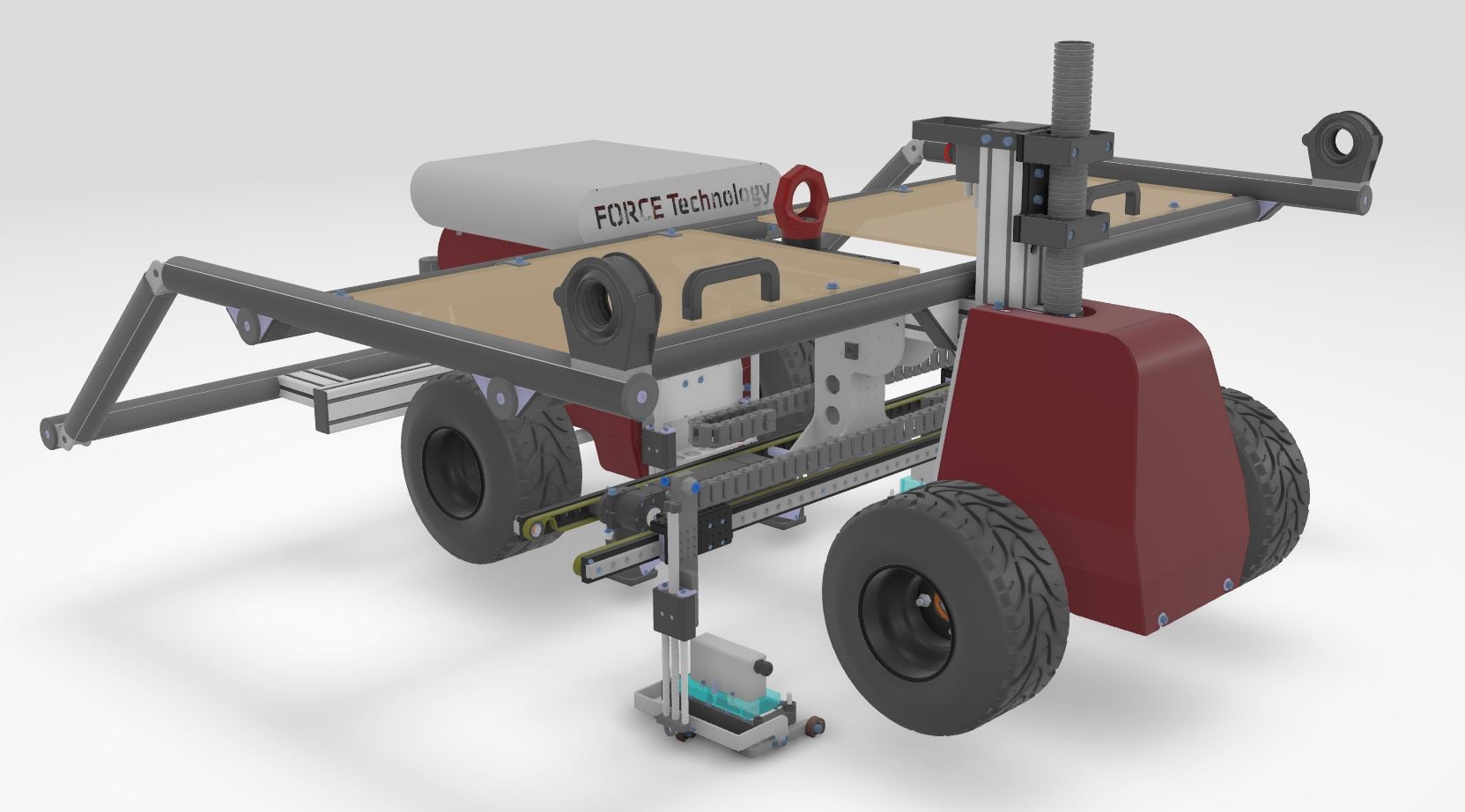