With an open and secure robot cell for assembly, ABB Robotics in Västerås is showing how machines and people can work together in smart industry. Prevas has installed and commissioned a turnkey solution that improves the working environment for operators and enhances the quality of production.

Included in ABB’s efforts to increase production efficiency is a new robot cell for shaft mounting on various models of six-axis industrial robots. The cell consists of two workstations, with operators supplying materials and an IRB 6620 robot for torqueing bolts.

“An important purpose of the installation is to demonstrate how large industrial robots can be used to both decrease and supplement human interaction in production,” says Per-Olof Karlsson, project manager at ABB Robotics and responsible for implementation of the new robot cell.

SafeMove2 and sensor systems enable open solution
A conventional robotic cell is surrounded by safety grilles, but the new installation at ABB Robotics shows that safety issues can be solved in other ways. The robot's PLC (control system) is supplemented with a separate processor whose only function is to ensure the safety of the cell. The robot's position and movement are monitored by ABB's safety software SafeMove2 and a sensor system with among other things, light curtains and floor scanners replacing the physical safety grilles.

“If a person or object enters the robot's work area, it stops immediately,” says Per-Olof Karlsson. “When the robot operates along the edge of the cell it moves slowly, but further into the cell it operates at full speed. We have succeeded in creating an open but at the same time, safe solution.”

Controlled process
Assembly work in the cell follows a clear and controlled process. An operator enters and prepares the robot's workpiece – placing it in the correct position and securing it with bolts. The operator then leaves the cell, acknowledging this by pressing a button; this gives the all-clear sign to the robot to begin working. Once the robot has completed the operation, a green light comes on and the operator enters the cell again to prepare for the next step.

“It's clear how far work has come and what the next step will be,” says Nicklas Landström, operator at ABB Robotics. “It facilitates the work of the operators and at the same time, the work environment has been improved as the robot handles the torqueing that had been performed manually.”

Nicklas Landström previously worked as an installer, and during the construction of the new robot cell, he contributed with his knowledge of the products and the various work steps. He believes that the new way of working produces more consistent results and higher quality.

“The robot locates all the bolts and tightens them to the right torque,” says Nicklas Landström. “If anything is not as it should, the operators are notified and production is stopped.”

Turnkey delivery from Prevas
Prevas was engaged to install the new robotic cell – an assignment that included project management, purchasing of equipment, commissioning and training of ABB staff.

“We looked at three different proposals from three different integrators, and we judged that Prevas' concept had the most innovative solutions,” says Per-Olof Karlsson. “Prevas' main strength as a supplier is that they have extensive accumulated knowledge and experience in their engineering team.”

The final design of the robot cell was set by the joint project team during project implementation. An important aspect was to determine an appropriate level of automation.

“There are a number of tasks that are difficult to automate, including a considerable amount of material handling,” says Lars-Erik Forsberg, responsible for robotic solutions at Prevas. “This makes a collaborative solution a good choice, where the robot works together with the operators.” I think we’ve set automation at the right level.”

Prevas sees major potential in the development of open robotic solutions and notes growing interest from customers in various segments of the manufacturing industries. The assignment for ABB Robotics is a good example of what is possible.

“For us, it’s exciting to explore collaborative solutions, especially when we can show that it’s possible to work with large robots,” says Lars-Erik Forsberg. “In addition, investments in automation solutions often mean a boost for employees, which I think is clearly seen in this project.” 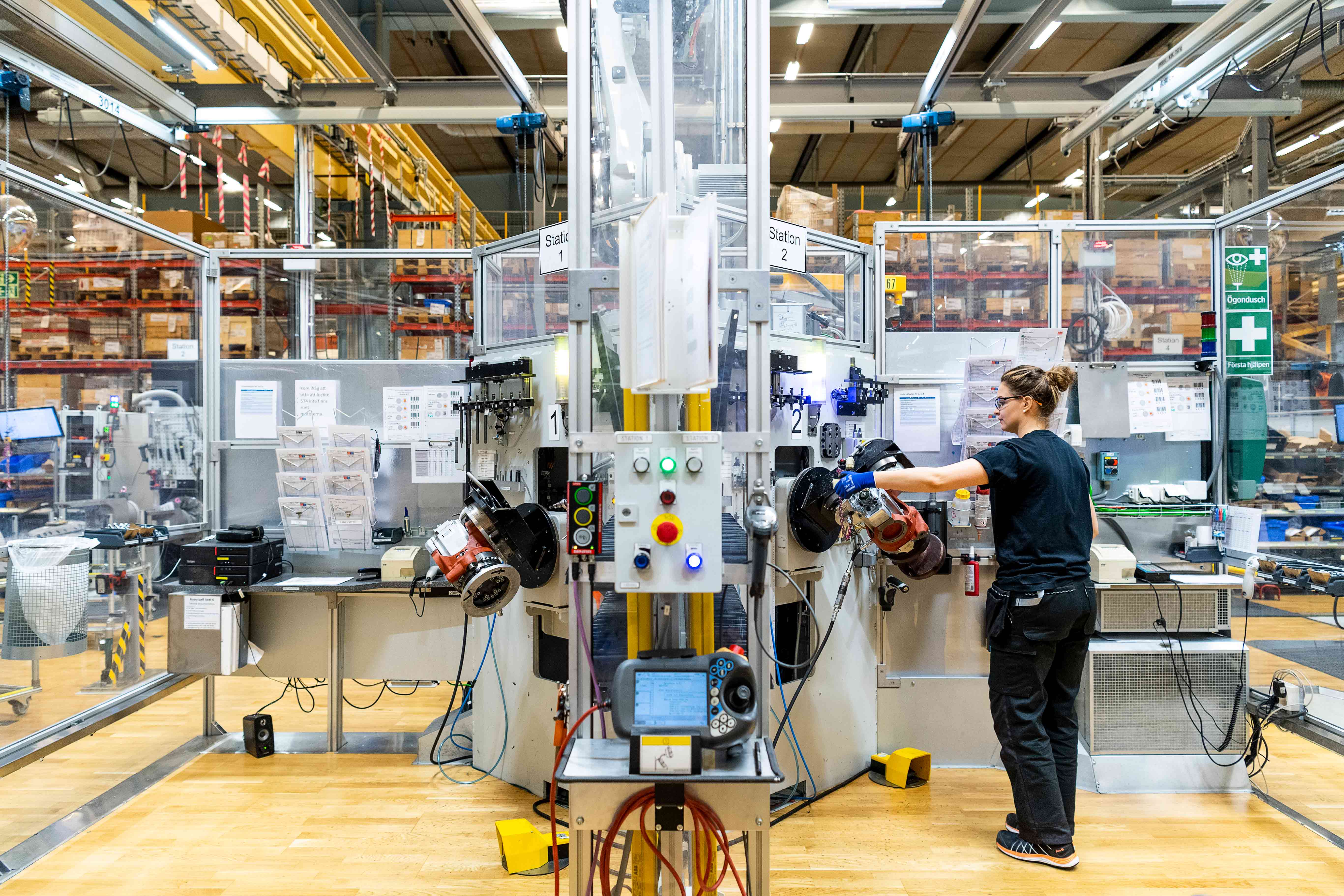 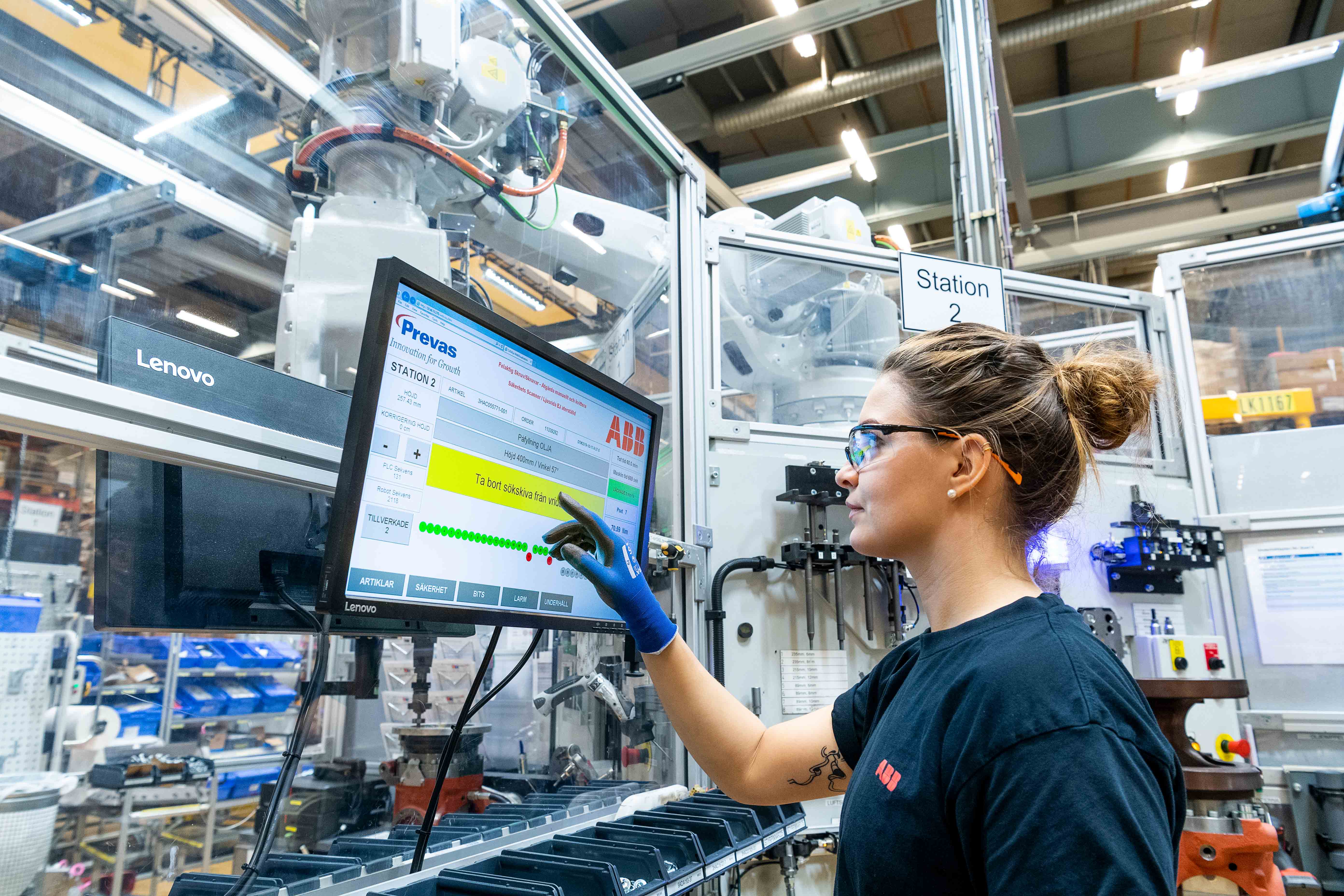