A brush cleaner that cleans without chemicals and saves both water and money. Behind the idea are the two entrepreneurs, Patrik Sjöland and Per Nilsson, whose invention will soon be available on the market. Prevas mechanical engineers have helped in development.

Anyone who has ever been involved in a painting project knows that cleaning brushes is an important but messy part of the job. Brushes are often wrapped in plastic at the end of the working day keep paint residue from solidifying, but they still have to be discarded after just a few uses. Cleaning brush under running water can require more than 20 liters of drinking water, which is a huge waste. At the same time, all wastewater with paint residue must be collected by law and left at a recycling station, so that microplastics do not pass through treatment plants and pollute the oceans.

"There is no chemical-free brush cleaner on the market that is as water-efficient as the one we have developed," says Patrik Sjöland, who works in the construction industry. "It's quite useful both for painters, who can easily keep their brushes clean, and for the painting companies who don't have to be constantly buying new brushes. With our solution, you can clean 10–15 brushes in just under two liters of water."

It all began when Patrik Sjöland was going to paint his newly built house. Since he'd be doing the job in his spare time, it took a few weeks, and after a while he got tired of brushes drying together. Rinsing them under running water and letting the paint residue go down the drain was not an option for environmental reasons, and in the construction materials market there were only brush cleaners that cleaned using chemicals.

"I went home and built my own solution," says Patrik Sjöland. "It worked so well that I could use the same brush for the rest of the house facade, and when I lent the prototype to colleagues, they were so happy with how it worked, they didn't want to return it."

From idea to product with help from Prevas

Together with colleague Per Nilsson, he started sketching a prototype and, in the autumn of 2019, they took the step of turning the idea into a salable product. An industrial designer and friend of the two entrepreneurs, Morten Bergström, advised them to partner with Prevas for assistance in further development.

"I started by looking at the home-built prototype, which was actually really impressive," says André Floreby, responsible for mechanical engineering services in Region South at Prevas. "Together with Morten, we studied into various user scenarios, concepts and suitable production methods before we started with actual design work. We've also developed a number of prototypes for testing and verification to ensure a good product as well as a flexible solution for production."

A part of Prevas' commitment has been to find potential suppliers, to help Lavabrush choose the right partner, and then provide technical support in dialogue with manufacturers and other companies. To make the brush cleaner environmentally sustainable, it will be manufactured in Sweden and for the most part using recycled plastic.

Lavabrush will also handle used brush cleaners to ensure that they are properly cared for and recycled.

"The brush cleaner is made to be durable, robust and easy to use," says Patrik Sjöland. "The paint residue is collected in the brush cleaner, easily drained and then deposited for recycling. We see tremendous market potential in Sweden, Europe and the rest of the world, and painting companies, schools, municipalities and property management companies have shown major interest when we demonstrated it."

Soon available on the market

The plan is for the new brush cleaner to enter production in the autumn and then be put on the market at the beginning of next year. In the first step, Lavabrush will target the professional market, but the entrepreneurs also see potential for substantial demand in the DIY market.

"Working with them has been really fun, with the entrepreneurs having had a clear idea and being driven by their enthusiasm to solve a problem," says André Floreby. "Nowadays, it's not that common with products that are entirely mechanical. There are so many complicated solutions, but this product really shows that simplicity can be ingenious." 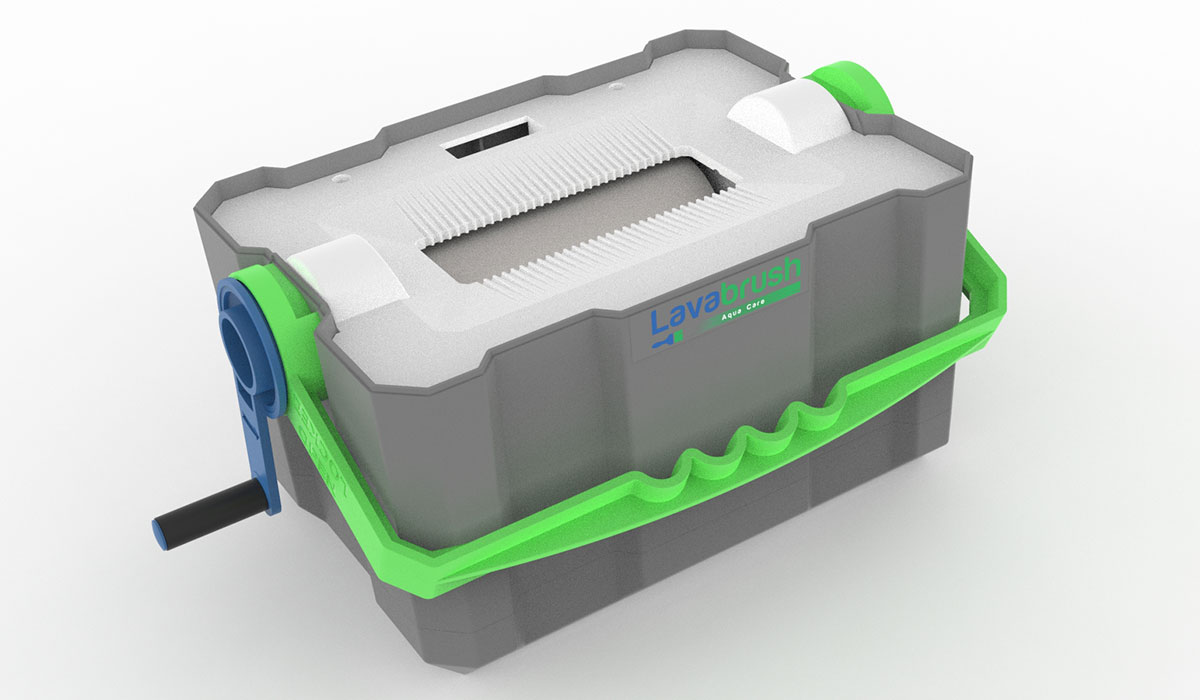 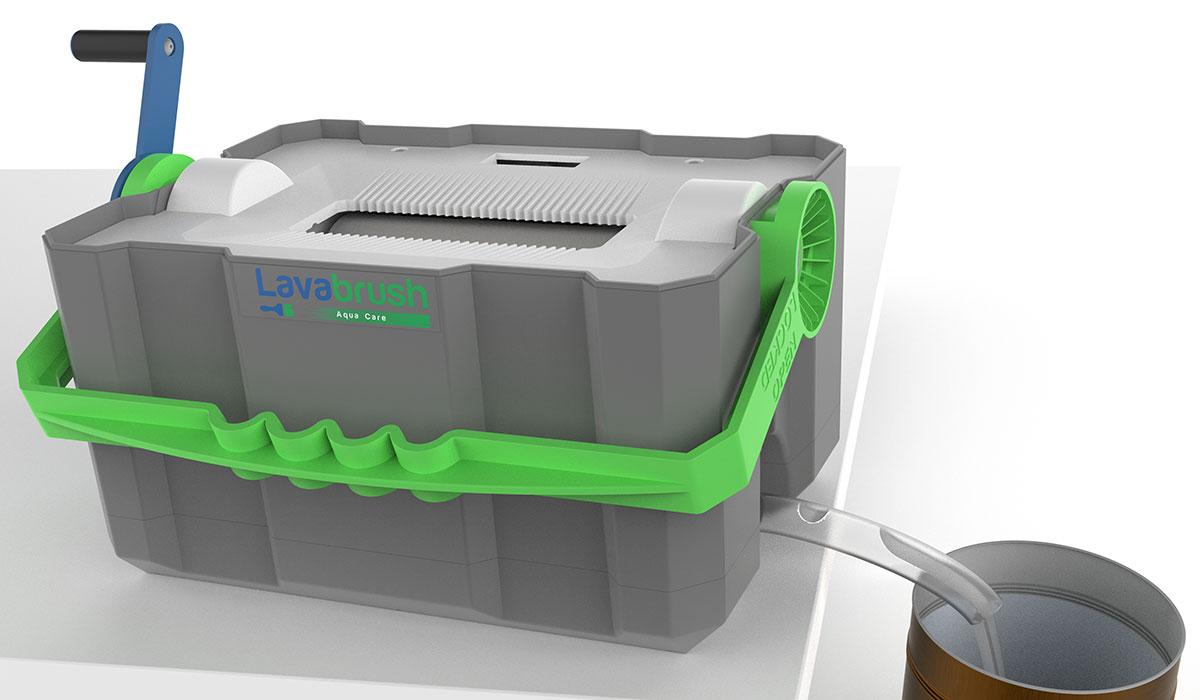 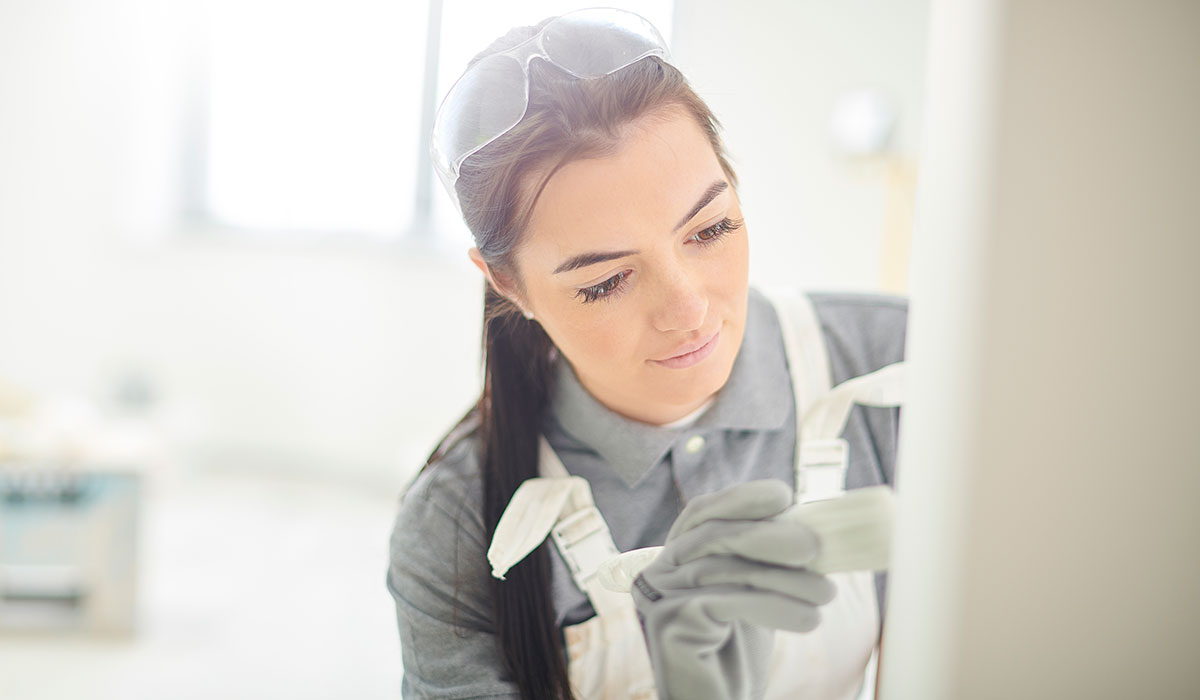