GoPal is a concrete example of how Industry 4.0 is contributing to the development of smart factories. In collaboration with Prevas, the Danish company Robotize has developed autonomous logistics robots with functions otherwise unmatched in the global marketplace.

Robotize is a young and forward-looking company that was just recently founded in June of 2016 but with a clear vision about the solution they wanted to develop: Autonomous robots – or self-driving vehicles – for internal logistics handling of EUR pallets. They began searching for software developers and looked at various technical solutions as early as within the idea stage. The next step was to employ an industrial designer, and it was then that they initiated discussions with Prevas and business development manager, Nikolaj Hanson. Could Prevas perhaps lend a hand with the development?

“We showed a schematic to Nikolaj of what we wanted to do,” says Anders Pjetursson, CEO for Robotize. “I don’t really think he had all that much faith in the development of a mobile logistics robot, but he was naturally willing to help out.”

Even if Anders had previously worked with both Prevas and Nikolaj and things had always gone smoothly, the idea from the beginning was only to use Prevas for certain parts of the product development.

“We wanted to do everything ourselves at first, but we soon realized that it’s far more efficient to engage the best of the people you have around you,” says Anders. At the same time, it’s naturally important that you have the core product expertise.”

This is how Prevas came into the picture in continued planning. They sat down together to sort out the challenges and opportunities – with several improvements as a result. Once Anders and his colleagues had obtained better and digital documentation, work accelerated. By January of 2017, they already had a first operable prototype of the GoPal robot.

“Nikolaj couldn’t believe his eyes,” says Anders with a laugh. “From the prototype stage, all that was left was to push on, and things continued to go very quickly.”

When a GoPal is installed in a storage area or warehouse, it maps its surroundings, surfaces and objects, with LIDAR as it moves around. All data is stored in a central database where it can be combined with other information.

“This is a major advantage with GoPal since other commercial systems require steering, programming and updating,” Nikolaj explains. If something new turns up in the surroundings, other systems come to a stop, while GoPal gathers the necessary information itself and updates for all other units as well via the main computer. This is a unique strength, something not even the large, global leaders can offer.”

The information in the main computer is not just used to prevent collisions and find the best routes, it is also used to determine which unit will pick up when and where, and it prioritizes movements to optimize logistics handling. The database can be connected to the parent warehouse management system (WMS), which Nikolaj says makes it a truly smart Industry 4.0 system.

Robotize has put considerable effort into the safety aspects of GoPal’s various functions. They now have a safe solution and Nikolaj has audited the documentation alongside development activities. Three GoPal robots are already in service. Commercialization has begun and there is a very illustrative video at their website that demonstrates the robot’s capabilities. (www.robotize.com)

“Safety and security, this is a critical area,” says Nikolaj. “Pallets can weigh up to a on and this puts stringent demands on the system that’ll be moving them.”

Without correctly addressing the safety aspects, nothing can work, according to Nikolaj. It is fine and well to talk about smart factories, but without proper safety, it is just talk. Once the safety issues have been resolved, there are many smart solutions that can be connected together as a comprehensive system for enterprise resource planning (ERP).

“The biggest advantage is naturally in cutting costs since GoPal can do its job more flexibly, and above all, more quickly than with traditional forklifts,” says Nikolaj. Moreover, GoPal works both safely and around the clock.”

“These are exciting times and we never know what tomorrow will bring,” says Anders in closing. “But what we do know is that it has been very good to work with Prevas and this is something we’ll be continuing with.” 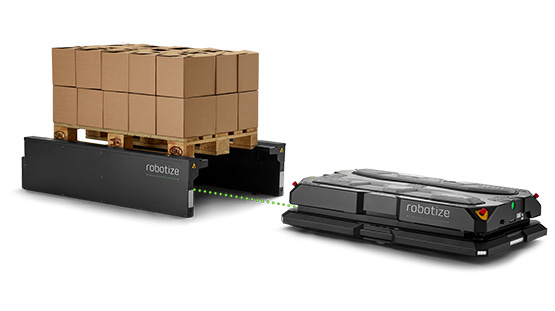 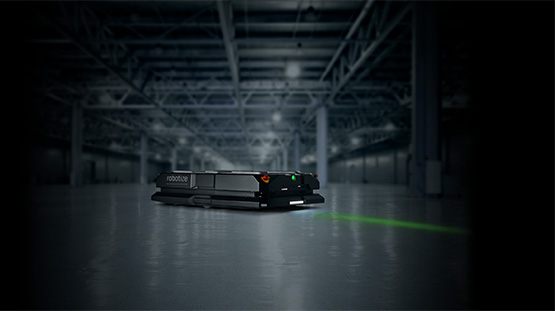 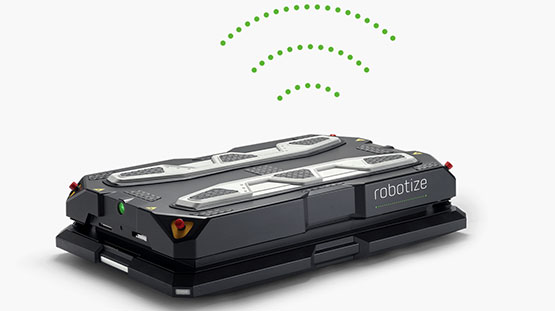