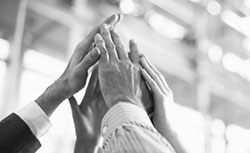 Prevas's objective is always to help its clients by offering expertise and improvements in long-term partnerships. Together with the maintenance organisation for Coca Cola Enterprises in Norway, Prevas has successfully turned the factory in Lørenskog into the most efficient in the Europe Group. One energy monitoring project saved millions.

2012 was a year of significant changes at Coca Cola. The entire factory was rebuilt as part of the transition from reusable bottles to recyclable bottles – a move that also required new production equipment. Using information from suppliers and internal calculations, the new production lines in the factory were expected to increase the energy consumption by approximately 12 per cent.

Coca Cola and Prevas jointly decided to begin an energy monitoring project to see if they could find ways of lowering the energy consumption. Early on, it turned out that we could focus on simple measurements and actions to achieve results by systematically collecting data and analysing it using a special tool. Four months after the project was initiated, the increased energy consumption for the new production facility had fallen from 12 per cent to just 4 per cent, corresponding to an annual saving worth millions for Coca Cola.

"This is a very exciting project and the work is not over yet. Efforts to find new improvements are continuing. We also know that there is tremendous potential to achieve gains for our clients by adding a greater focus on energy monitoring and we look forward to many exciting projects in future," says Einar Alexander Andersen at Prevas.