The Danish company, ExSeed Health has developed a platform that allows couples who are trying to get pregnant to be able test the man’s sperm quality quickly and easily.

Usually, an expert using a microscope to be able to count how many viable sperm cells are found in a sample is required to evaluate sperm quality. But can this be automated? Is it possible to find software that can do the hard work? This was the idea that biologist and PhD student Emil Andersen came up with three years ago. He works at the Center for Basic Metabolic Research at the University of Copenhagen.

He began experimenting with different lenses that could make it possible to see the microscopic sperm cells, combined with software to count the number of healthy cells.

Andersen formed ExSeed Health along with partners Morten G. Ulsted and Daniel Daugaard and they found that the principle worked. The system detects 99% of viable sperm cells. That’s a high degree of reliability. The process of making it an efficient device then began.

The result was a device within which a sperm sample can be placed. A lens acts as a microscope, magnifying the cells. The user’s smartphone takes a video sequence, which is then examined in the cloud to produce a sperm analysis that, until now, required expensive microscopes available only in hospitals and clinics. The product has just been launched.

Roughly 20% of couples experience infertility. Studies show that 40% of infertility is actually due to the male partner, but historically, the focus has been on female fertility problems.

The device measures the number of healthy sperm cells. The number is converted to categorize whether the man is infertile, sub-fertile, or normally fertile. If the sperm sample is in the infertile or sub-fertile range, the cell phone app can provide recommendations for a change of lifestyle that may result in higher fertility or advise the man to consult a doctor.

“We’re targeting the device at a large group of men who would not normally have their sperm analyzed at a clinic,” says Morten G. Ulsted, CEO of ExSeed Health.

ExSeed has chosen to focus on attractive designs with a certain “Apple appeal.”

“We wanted to pack the mechanics into a high-quality design. There’s a lot of denial concerning poor sperm quality. We believe that a cool design can contribute to breaking down that taboo,” says Morten Ulsted.

“We chose Prevas to develop the product prototype because they have a lot of in-house expertise. This applies to product development, dealing with suppliers, and CE marking. They also have an agile mindset. They helped us from prototype to a full consumer device that was ready to sell,” says Morten Ulsted.

Prevas have dealt with a range of clients in the field of medical products over the years. Prevas was asked to take on the mechanical and electronic aspects of the ExSeed project, as well as dealing with suppliers.

“ExSeed were able concentrate on the function of their device and marketing, while we arranged the logistics for production and packing.”

Henrik Møller strongly believes in structured collaboration. One of the means of doing so is a steering group, set up to follow the product through its various phases.

“The steering group meets at least once a month. We discuss what works and what doesn’t, bringing problems out into the open. Our way of working is to focus on identifying what’s good and what’s not so good so we can come up with a solution. We reached a point in this project when we realized that we were heading in the wrong direction with the lens. So, we backtracked and found a different approach,” says Henrik Møller.

“We have lots of clients who are developing medical devices. They usually come up with a new method for measurement or a new principle. We handle the development process through to the final product,” explains Henrik Møller.

One of the technical challenges with the ExSeed Health project was finding the right lens for the device.

“The better the lens, the better the analysis. We invested a lot of time in finding the right lens able to fit in the small device. We had to consult a number of experts and ran several trials,” says Henrik Møller.

The software for the system was developed by ExSeed in consultation with Trifork.

ExSeed launched was ready for the Danish market in January 2019.

“We wanted to start in our home market as it is a Danish product. We can also test the concept here. We expect to be able to proceed into the British market within a couple of months,” says Morten Ulsted. 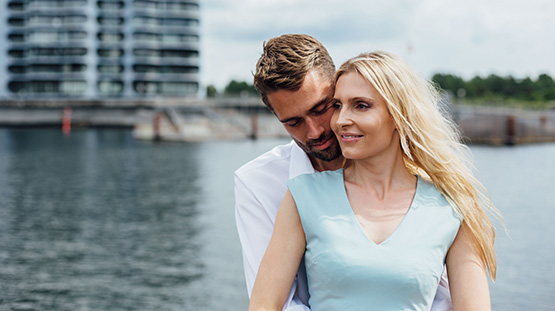 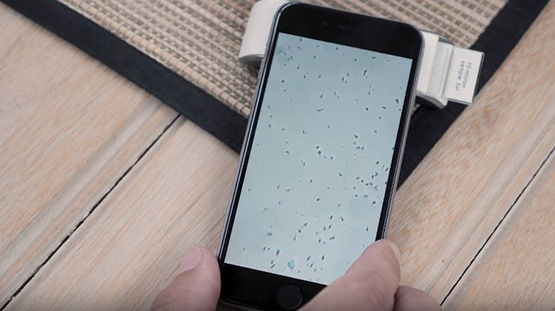 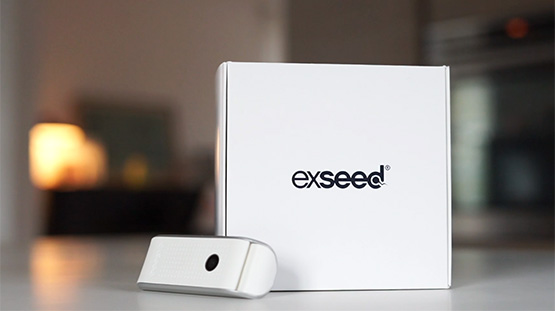