Prevas has helped the customer to upgrade their production test system in a way that enables continuous improvement and easy maintenance.

The customer produces highly specialized industrial products for their customers’ factories and plants. Each product needs to be verified for performance and certification, before shipping it to the customer. Sometimes the customer also wants to see the test being performed to be sure that the product fills the requirements.

The factory added a new kind of product type in their offering. This required large modifications in their factory floor, as well as, some new measurement hardware. However, the same setup would be used to test also the existing products that they had been manufacturing and testing before.

Taking Advantage of Prevas Software Framework
The existing test system was built a long time ago utilizing NI FieldPoint hardware, that isn’t recommended anymore by the provider, National Instruments, for any new solutions. The software on the system was built on LabVIEW but only for the specific purpose, hence it wasn’t modular or scalable.

When analyzing the situation, we found out that the software framework, PreCAST, Prevas has built for monitoring and recording of live data, is a good approach. It is programmed with LabVIEW using a modular approach that includes a hardware abstraction layer and a user interface abstraction layer. Prevas and the customer decided to build the new production test setup on top of the PreCAST framework, so that it would support both sets of hardware and tests, the existing and the new, while having the architecture required for future expansions.

The software was built on top of the PreCAST framework by writing HW drivers for the old FieldPoint equipment and the new Yokogawa power analyzer. Prevas created an abstraction for different tests and first developed a test for the new kind of products with a special user interface for monitoring.

The framework is configurable, which means that new hardware connections can be configured using the same application. The configuration defines used hardware, measured signals, the displayed data and the test type. It is easy to maintain a few different configurations for different kinds of tests or physical instrumentation setups.

Goals Achieved - Easy Upgrades and Maintenance
First new measurement requirements, such as monitoring of some digital signals, came in already when the new software wasn’t still taken fully in use. It was easy to add a new piece of hardware by adding a new cDAQ module. Software update for it only needed adding a new class to the hardware abstraction library and a new display indicator type for it.

After the new system was fully up and running, the older existing test was implemented on the new system within days, as we had all the hardware in place and supported already. Later, a completely new test type that wasn’t known at all, at the time the system was designed, has been added. The PreCAST framework proved its worth by being easily adaptable for a different kind of test where the test object is monitored up to 48 hours, while performing measurement. For this we needed a new test type and a new cumulative graph to be added into our libraries. The only update for the framework itself was a time-based triggering for datalogging.

It is fair to say, that Prevas together with the customer has managed to create a solid foundation for production testing that has a low cost on maintenance and further expansion. This was proved by easily adapting to new kind of tests and requirements that were not know when starting to develop the test system. 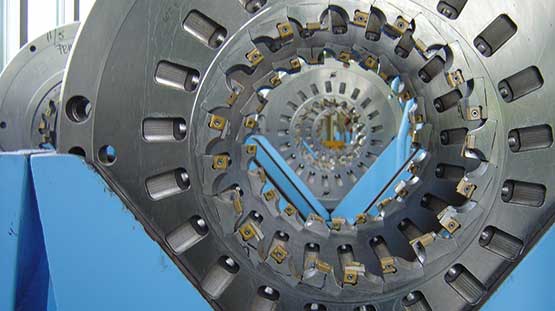