Prevas has developed a vision system for process assurance and optimization of rolling operations for large plates at Outokumpu – a system that has also attracted major interest in other industries. With its advanced measurement capabilities in combination with cost-effective technology, the digital solution is both scalable and adaptable to various application areas and operations.

Digitalization with Prevas’ camera system helps Outokumpu to work their steel at the optimal temperature.

“Interest in adapted systems of this type is substantial in many branches, from steelmaking to the grocery industry,” says Martin Östberg, consultant of Prevas. “Actually, there are no limits to what we can achieve. It’s up to the customer to decide what the system needs to do.”

Regarding scalability, it can be a matter of rolling steel plates measuring three by four meters, but with other optics, they could just as well be three by four millimeter chips. Or why not micrometers? The optics control precision and due to this the system can always attain consistent accuracy.

“It’s an adaptable digitalization tool that enables us to replace mechanical measurement with a variant involving no physical contact,” says Martin.

Collaboration with Outokumpu began with Prevas analyzing their previous equipment and presenting various proposals for switching to a new and stable technical platform. In the finished solution, standard products are used as well as software from National Instruments.

Because the rolled material cools differently, focus was on producing the optimal rectangle based on the given thickness, length and width. Here the camera system helps the operator to optimize the process in real-time. The combination with camera technology and mathematics quality-assures rolling in a completely different way than before, with faster handling, less material waste and lower energy consumption.

The delivery also included connecting measurement values between different systems. Work with integration can be extensive since camera systems often produce enormous amounts of data. This data must be “cleaned” to supply useable information to other systems.

“There are several companies that offer camera inspections, but as this example shows, it’s implementation and adaptation that are decisive,” says Anders Magnusson, also a consultant at Prevas. “We’ve built up a considerable body of experience and implemented many systems, enabling us to meet customers’ specific requirements.” 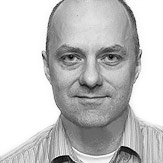