GKN Driveline in Köping, Sweden has completed one of the first installations of a collaborative robot in a production line. The new coworker is a dual-arm ABB YuMi robot and Prevas has helped with installation.

Köpings Mekaniska Verkstad began making transmissions for Volvo back in 1927. Operations have been conducted since 2011 under the management of GKN Driveline Köping AB, which is a part of the global GKN Group, with 55,000 employees and operations in 30 countries. About 1,000 persons are presently employed in production at Köping and working with products that make up a part of the driveline for four-wheel drive vehicles.

THE INVESTMENT IN A COLLABORATIVE ROBOT

– An "cobat" – was initiated by GKN’s global management. Robots that can work with people are an important part of the puzzle in the group’s ongoing digitalization related to the visions of Industry 4.0.

"We have a high degree of automation in our production," says Ted Harju, team leader at GKN Driveline. "We’ve gained the necessary knowhow in automation and we’re now taking the next step in our development. We believe that cobots will play an increasingly important role in future industry."

The first step for GKN was to survey production to find suitable tasks for a cobot. A few interesting areas were identified in an assembly line for PTU (Power Transfer Unit, the forward part of the driveline on a four-wheel drive vehicle). The procurement process for a collaborative robot was begun in 2016 and five different robot solutions were compared before the choice fell to the ABB YuMi robot with Prevas as the integrator.

"For us it was decisive that the YuMi has two arms since we wanted to use the robot for a task that is normally performed by a human," says Ted Harju. "Another benefit with the YuMi, as well as other cobots, is that it can be moved around to meet the needs of production since it is not fixed in place."

At the present workstation, the YuMi mounts two different seals – a rubberized steel seal and a V-ring seal. The robot’s vision system is used to localize and pick seals from four material columns.

It thereafter mounts the seals using its two arms, a job that places stringent demands on the gripping tool’s design and sensitivity. Once the seals are mounted, the robot presses a button and awaits the next PTU.

"As much as possible, we’ve tried to avoid connecting the robot to the overriding automation system," says Ted Harju. "It instead communicates using a button, just as a human operator previously did at this workstation."

The YuMi’s limited strength – it can lift a maximum of 0.5 kg – is also the property that enables it to work alongside people without needing cages or other safety equipment. It consequently does not require as much space as a conventional industrial robot and materials can be refilled while it works. If the robot collides with anything while working, it stops.

The work the robot is now freeing up time for one person each shift. This means that human resources can be better utilized, such as in conducting preventative maintenance, 5S activities and continuous improvements.

"The work the cobot has taken over wasn’t especially stimulating for our employees," says Thomas Pettersson, technical project manager at GKN Driveline. "Actual assembly went relatively fast, but there was then a waiting period for the operator before performing the same task again."

There was initial skepticism at GKN as to how the robot would work in production. It now constitutes an important resource that tirelessly carries out its job at its workstation. According to Thomas Petersson, this is appreciated by the employees and is even creating the inspiration for new initiatives.

"We’re seeing how collaborative robots can be used in several parts of our production and a next step can be focusing on ergonomics. As an example, we have a large incoming flow of materials on pallets and in boxes. Robots can help us here with the heavy lifting. We’re constantly looking at how we can use new technology and the cobot is an important step in our development."

Prevas has delivered several robot solutions to GKN under a multi-year cooperative arrangement and was also entrusted with installation of the YuMi.

"It’s been very positive to be out early with collaborative robots," says Lars-Erik Forsberg, sales manager for Prevas robot solutions. "There is major interest in these solutions among our customers and many of the larger user companies are now evaluating the technology."

For system suppliers such as Prevas, however, the collaborative robots do not just entail new opportunities but also a considerable challenge. The actual robot is significantly easier to commission and a part of the expertise that integrators provide becomes superfluous.

"The main focus of deliveries is shifting closer to the robot manufacturers," says Lars-Erik Forsberg. "This means we have some things that must be worked out, making collaboration with GKN especially valuable. The industry is continuously changing and for us at Prevas, we must take an active role in development, and not just follow along from the sidelines."

GKN’s cobot has been in operation for over a year and after resolving certain initial problems and fine-tuning operation, it now does an excellent job of carrying out its assigned tasks 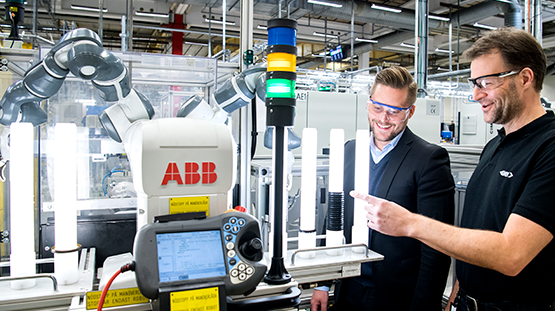 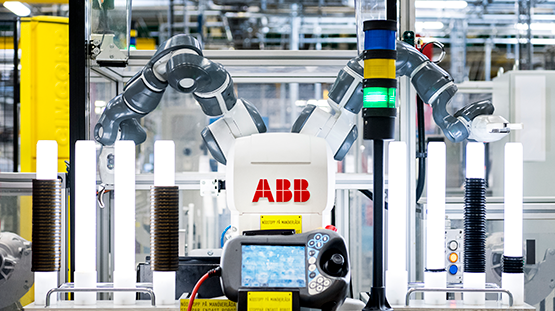 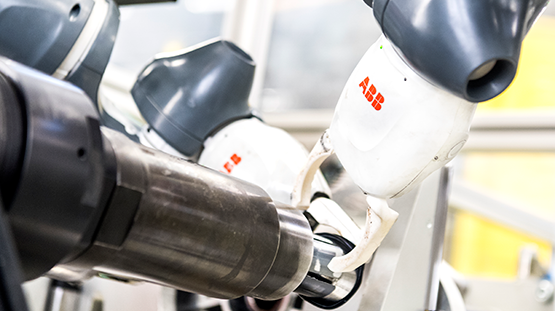