Alan Bibb, Production Systems Engineer, manages the systems that enable the company to function in the British Exploration & Production part of GDF SUEZ.

“We considered the former system to be a major business risk. At the same time, we were planning to grow the company and needed something better. We needed a system for our internal procedures and to report to our business partners and the regulatory bodies that supervise our industry,” says Alan Bibb.

GDF SUEZ is headquartered in Paris. The head office requests reports once a week and a more comprehensive report once a month. The former system, in which spreadsheets were manually updated, was both difficult to use and hard to develop further for the company’s British operations.

“We purchased the Mikon system from Prevas. The former system and the new system were run in parallel for a while. Among other objectives, we wanted to see how the new system would manage the shift from one month to another. Prevas paid close attention to our needs. It was the first time that we were a Prevas customer,” says Alan Bibb.

Why did you choose Prevas?

“We presented quite a few technical specifications that Prevas could meet. Our main requirement was that the system would have to be built on a recognized database. The system also had to be flexible and capable of maintaining and making the changes we wanted. A third requirement was that the system should be possible to expand and configure. We have already complemented the system with several other features. However, Prevas helped us with the major system changes that affected security,” says Alan Bibb.

What have you achieved?

“Everything we wanted to accomplish, plus more. Now we have better visibility and improved business processes. Decisions are also better grounded and we can make them faster. Processing all the data we received used to take so long that we didn’t have enough time to actually act on the information to make the type of decisions that would add value to our business.”

What is the next step?

“We are going to consolidate the success we have already achieved and prepare the system for expanding the business as planned.”

“That’s why we will integrate other parts of our operations into the system developed by Prevas. Security, maintenance and certain financial aspects will be interconnected. The Mikon system we purchased from Prevas is part of this big puzzle. We are planning to connect our financial data, which is mainly in our SAP system, with our production data, which is located primarily in our Mikon system from Prevas.” 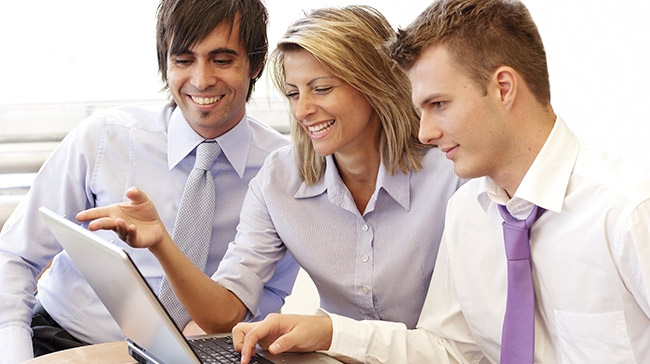