Ramlösa is one of Sweden's strongest brands and with constantly growing demand, processing plant capacity had to be increased. Prevas was engaged to carry out expansion of the plant.

“Demand varies with the seasons,” says Curt Leidig, technical project manager at Ramlösa, which is a part of Carlsberg. “We sell a lot more mineral water during the summer than during the winter. At the same time we have to observe local ordinances that determine how much water we can take from the spring at a certain point in time. This is why we made a strategic decision to add new buffer tanks to our processing plant, for the simple reason of being able to store more water.”

Commercial activity began at the spring in Ramlösa, just outside of Helsingborg, in 1707. During the first 200 years, customers came and drank the water while relaxing beside the spring. Spas were very popular at the time. At the beginning of the 1900s, Ramlösa began selling natural mineral water in bottles and demand for bottled water has steadily increased ever since.

The Ramlösa brand has belonged to Carlsberg since 2001, when Carlsberg Sweden was founded through a merger of the Pripps and Falcon breweries. Before this it belonged to the Ramlösa Pripps Group.

The project’s goal was to expand storage capacity and to create a smoothly functioning and fully automated whole, with flexible utilization and cleaning of all installed tanks. Ramlösa Carlsberg previously collaborated with the company FR Teknik for operation and maintenance of the processing plant. Prevas acquired FR Teknik at the beginning of 2016 and also took on the company's personnel.

“It was therefore natural that Prevas received full responsibility for execution,” says Curt Leidig. “The project was complex due to us wanting to integrate new equipment into the existing automation system, and without interrupting production. It was a major advantage to be able to work with people who were thoroughly familiar with our plant and that we'd successfully collaborated with previously.”

Overall planning of the expansion was carried out jointly with Prevas, which handled selection of the technical equipment and other practical decisions as the project progressed.

“The process was entirely transparent with several reviews both before getting underway and during the project,” says Curt Leidig. “One aspect that was important for us in planning was that we didn’t want to alter the principles for how we handle the water. We’ve worked in about the same way for 100 years and it's worked really well.”

The decision for expansion was made in the autumn of 2016 and the plant needed to be in full operation within six months – in time for the peak season for mineral water. This led to iinvestigation early in the project as to whether used processing equipment could be employed, which would save time. This turned out to be an extremely good approach – six buffer tanks that complied with the set requirements were located and purchased.

“Stainless steel cannot be worn out in our process,” says Curt Leidig. “A used tank works just as well as a new. Prevas found the tanks and this solution enabled us to speed work and also significantly decrease costs.”

The relatively tight deadline for expanding the processing plant also entailed other challenges that were dealt with along the way. The project included among other things, construction of a smaller building for pumps and other technical equipment.

“Given the schedule, the building needed to be constructed during the winter, which entailed certain risks,” says Henric Persson, business unit manager at Prevas and responsible for execution of the project. “We had a plan B with a tent and heating fans, but we fortunately had a winter typical for the region and everything went as planned.”

Prevas contributed in a number of fields of expertise during the project – project management, process design, purchasing, electrical engineering and automaton, for example. The assignment was a comprehensive undertaking and it was not just important to finish on time but to also avoid disrupting ordinary operations.

“Much of our prep work could be carried out alongside production,” says Henric Persson. “We do it this way on all of our projects. Some operational disturbances are unavoidable, but it's important to minimize them. Thanks to good planning and an open dialog with Carlsberg, we did very well in this respect.”

The processing plant in Ramlösa is now in full operation with doubled buffering capacity, which provides increased flexibility and substantial market-related benefits. Curt Leidig is pleased with it all in summing up the project.

“There were certain misgivings considering the time frames and complexity, and there were also aspects of planning that were not completely right from the start. But we saw considerable flexibility on Prevas’ part. They carried out the project in a very structured and knowledgeable manner, and were quick to come up with new solutions when problems arose.” 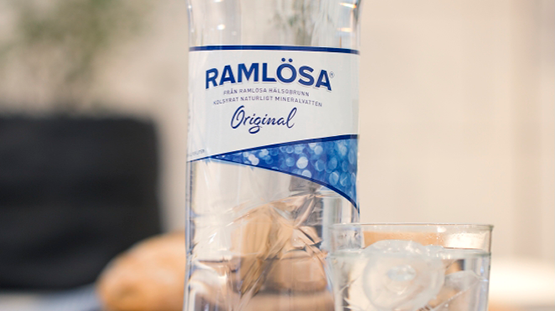 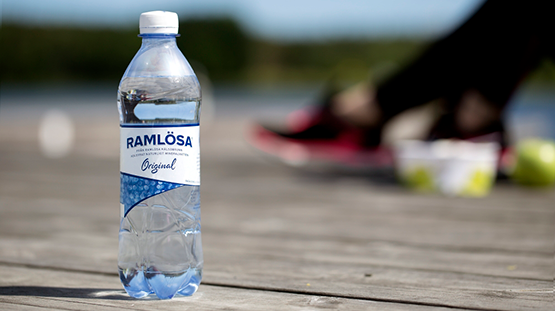