The Gothenburg company Vigab performs various types of metal processing, mainly for load-bearing structures, industrial installations and forging of interior articles. When after a major investment, they saw the need to automate their material supply, they enlisted the help of the EU-funded program Digiresan, in which Prevas became their development partner.

"In the autumn of 2019, we invested in a new machine for thermal cutting," says Edwin Modin, project manager at Vigab. "To get the most possible out of the investment, we wanted to build a custom inventory system that could communicate with the cutting machine but also integrate with our overall business system."

The cutting machine uses a hot gas jet to cut out complex geometries into up to 10-centimeter thick sheet metal. Waste occurs during cutting and an automated inventory system can keep the surplus plates in order and suggest suitable material when new processing is to begin. Automatic handling of the heavy plates also increases employee safety and prevents repetitive strain injuries.

During a previous development project, Edwin Modin had come into contact with the EU-funded program Digiresan, which supports digitalization projects in industry. He presented Vigab's challenge and vision to Göteborgs Tekniska College, GTC, which coordinates the program.

Digiresan provides training, exchange of experience and expert assistance equivalent to 30 consulting hours to small and medium-sized companies that want to automate and digitalize their operations. The program is funded by the EU via the Swedish Agency for Economic and Regional Growth with support from the Västra Götaland Regional Council and Region Halland. Göteborgs Tekniska College, GTC, is responsible for the coordination and implementation of activities.

"Digiresan helps companies get started with initiatives and investments that otherwise risk being pushed into the future,” says Noomi Bergström, project manager for Digiresan at GTC. "The initiatives contribute in various ways to increasing companies' skills and curiosity in digitalization, which is essential for to their future competitiveness."

A development project at Digiresan usually starts with an overall analysis of the company's prerequisites, challenges and objectives. GTC then couples the company with one of the suppliers affiliated with the project. In Vigab's case, Prevas was judged to have the right skills and experience for the assignment.

"Many companies already have a development partner that they are happy with, but we urge them to broaden their horizons and test a new supplier," says Noomi Bergström. "That is why it is also extremely important that we can provide the right consultants, and we have really succeeded in this project, a perfect match between Vigab and Prevas!"

Prevas works together with its customers to make processes, products and services more efficient, user-friendly and profitable. In recent years, they have carried out a large number of digitalization projects in various industries and sectors. Prevas' operations in Gothenburg are mainly focused on automated material handling and production logistics, maintenance systems and system support.

"We visited Vigab and took a look at how they take in customer orders and how the orders are transferred to production," says Olle Damgaard, consultant at Prevas in Gothenburg. "Their production was partially automated, but many steps were handled manually."

Vigab went into Digiresan with a specific wish – to get help with setting the requirements for an interface for automatic inventory management. However, after initial discussions about needs and long-term ambitions, this basic idea appeared to be limiting. Instead, Vigab and Prevas began sketching a more comprehensive development step – how they could digitalitize the entire production flow.

"So the project became much bigger than we had thought from the beginning," says Edwin Modin. "Olle at Prevas constantly reminded us to look at the whole before diving into the details and technical solutions. It was nice to get that feedback from someone who has experience from similar digitalization challenges."

How did it go with the interface for inventory management? Although the project changed orientation along the way and despite the fairly tight time restraints, Vigab and Prevas had time to look at it too. 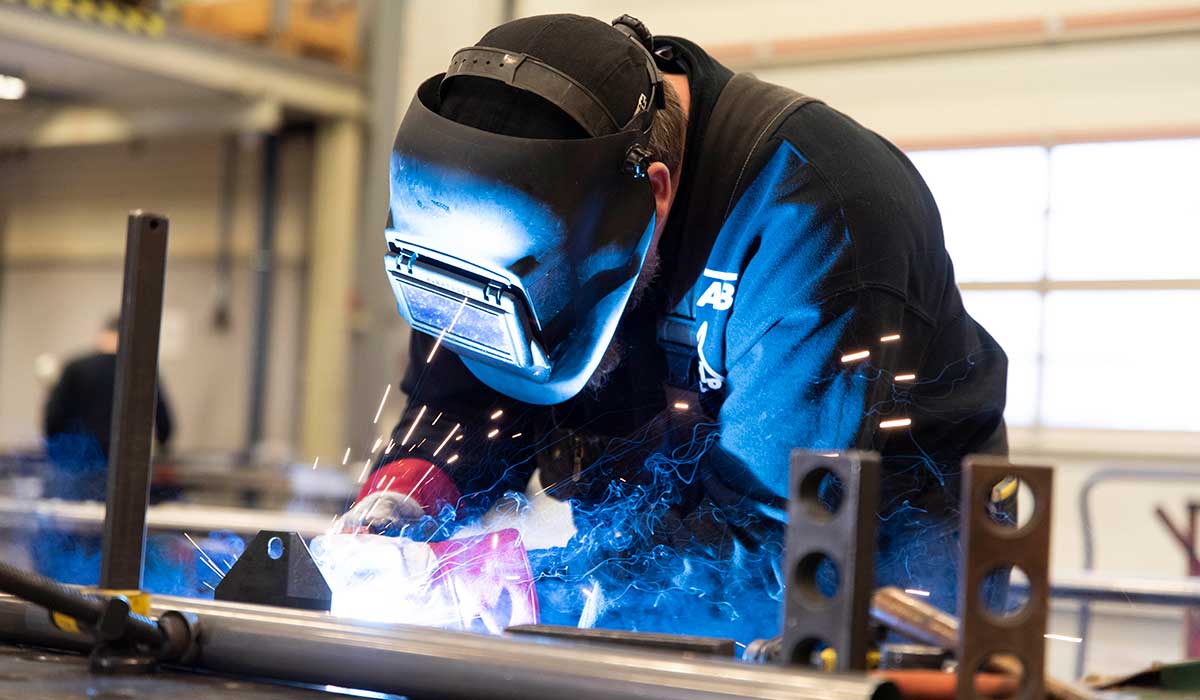 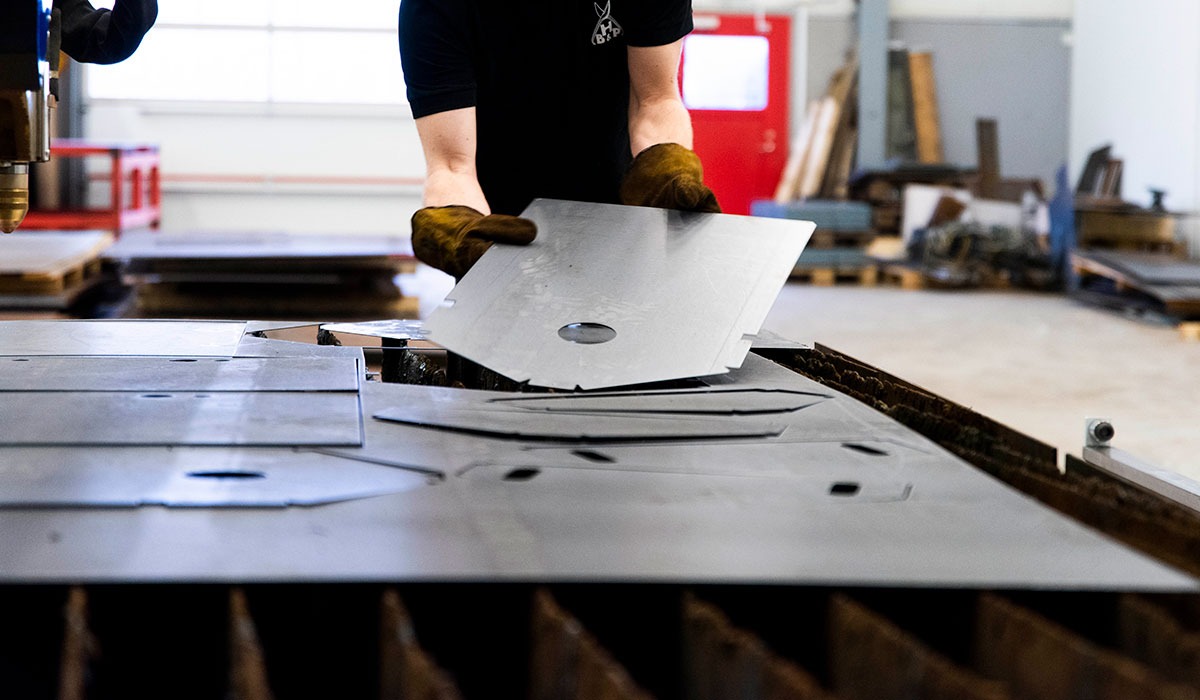 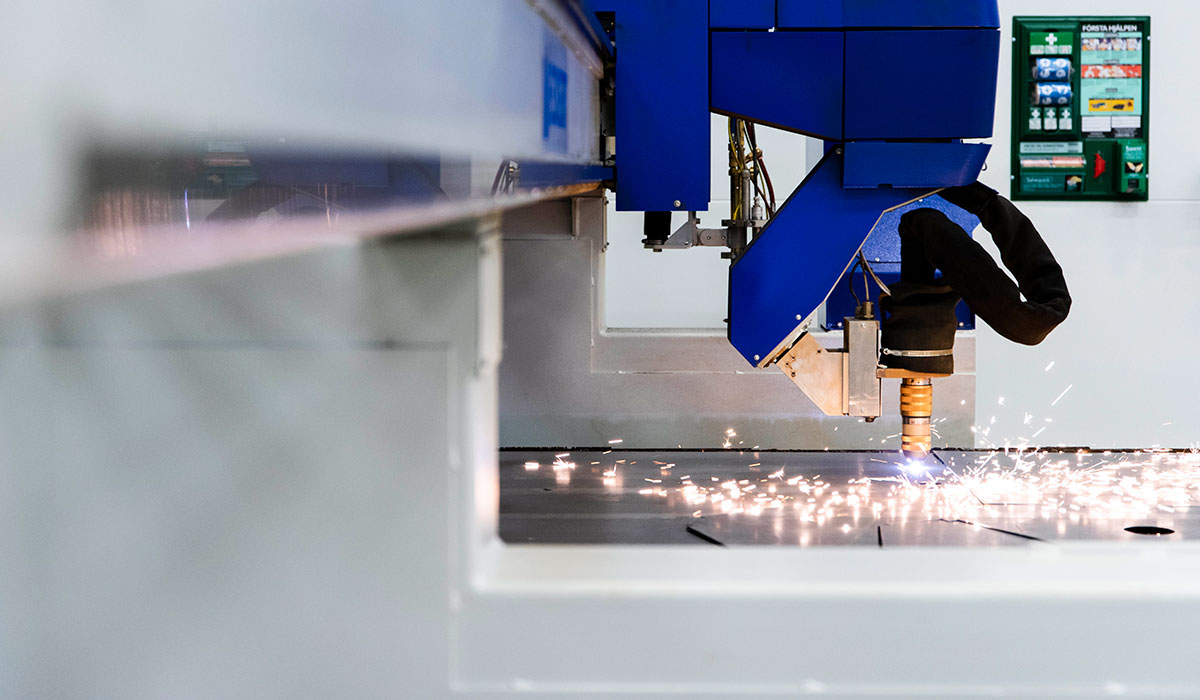