In optimizing the production of glued wooden beams, as much material as possible must be glued at the same time. Together with Prevas, Moelven in Töreboda is developing a web-based system that automates the time-consuming planning activities for glue pressing.

“Our employees are knowledgeable of production,” says Niklas Lindh, production manager at Moelven in Töreboda. “By investing in automation, we can better utilize their skills and experience.”

Moelven in Töreboda manufactures glued wooden beams for three customer sectors – the construction materials trade, modular house manufacturers as well as major construction projects such as sports halls and bathhouses. The company also has its own designers that calculate strength and prepare design drawings for customer projects.

“Wood as a structural material has many advantages. Among other things it is resistant in harsh environments and offers a more environmentally sustainable alternative to steel,” says Niklas Lindh. “The current steel shortage is also contributing to favorable pricing terms.”

At the beginning of the year, Moelven introduced a new business system at the group level. At the same time, they wanted to update existing support for the planning of glue pressing – increasing automation rates and making it more user-friendly. Prevas was engaged to build a web-based plugin for planning.

“The challenge is to get as many beams as possible into the glue press. It's a bit like playing Tetris,” says Niklas Lindh. “Planning is a time-consuming task for people, but with an automatic system we quickly attain clear and good results.”

The production planner decides which customer orders to glue, and the Prevas-developed system then prepares a plan for how to fill the glue press. In the long term, prioritization of customer orders will also be automated to further integrate with the ERP system and improve production flow.

“So far the system provides basic support, but in the next step we will be able to weigh in several different requirements and conditions,” says Erik Forsling, project manager and operations consultant at Prevas. “For example, it may be necessary to group certain orders to get material out for a construction project. Or to coordinate orders from different customers so that the beams can be moved on to a specific type of post-processing.”

Better use of resources

For Prevas, collaboration with Moelven is an interesting case, offering the potential to transfer the optimization principles to production flows in other industries. Prioritizing and carrying out tasks in a certain order to make the best use of available resources is a common challenge in industry.

“It's great that we can utilize people's experience and skills to create system support that provides even higher yield from human resources,” says Erik Forsling. “The repetitive tasks are handled automatically and this frees up time for training, preventive maintenance and work with improvements, for example.”

During the pandemic, Moelven many staff members have worked from home and for those working in production, stringent measure were taken to keep them safe. Due to visitor restrictions at the factory, the team from Prevas had to carry out virtually the entire development project remotely.

“Prevas has only been on site with us once during the project. We have otherwise handled all contacts, as well as commissioning and testing, using digital tools,” says Niklas Lindh. “This is something that has been both surprising and impressive, that we have been able to carry out such a complex project remotely.”

The web-based solution developed by Prevas will be used for production planning at several of Moelven's factories in Sweden and Norway. The system is also designed to handle multiple glue presses in the same factory.

“Prevas has been responsive to our wishes and really gone in for understanding our special conditions and our production,” says Niklas Lindh. “Throughout the project, we have felt that there was both curiosity and a tremendous desire to achieve a good solution.” 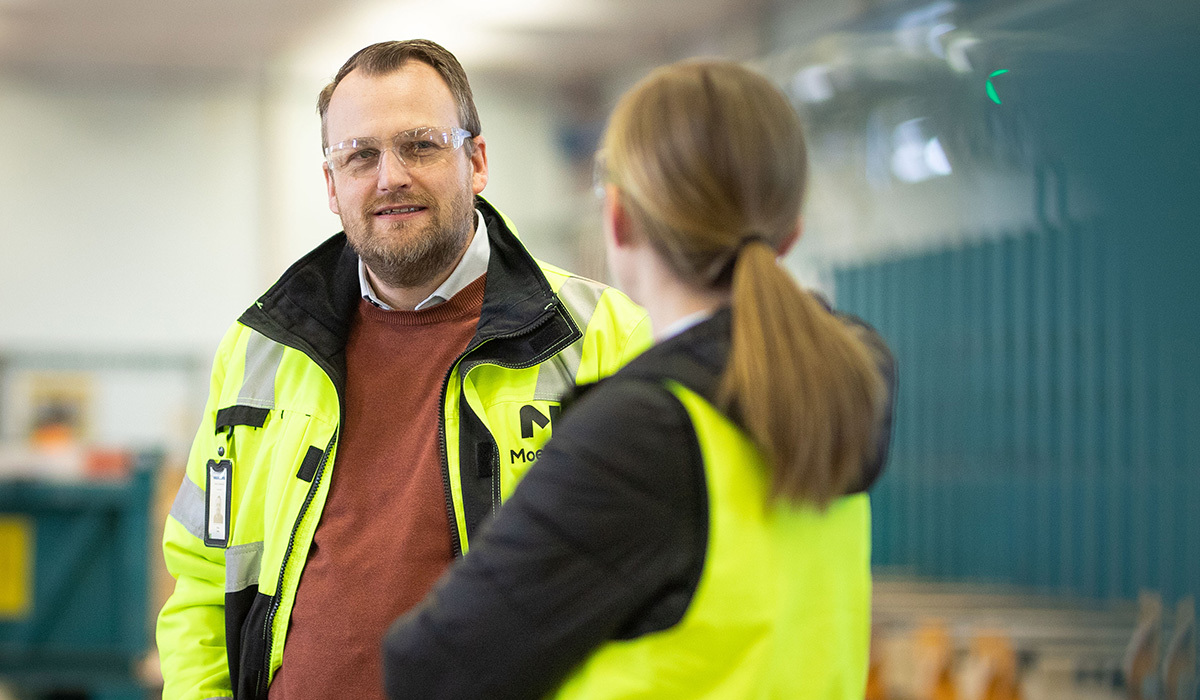 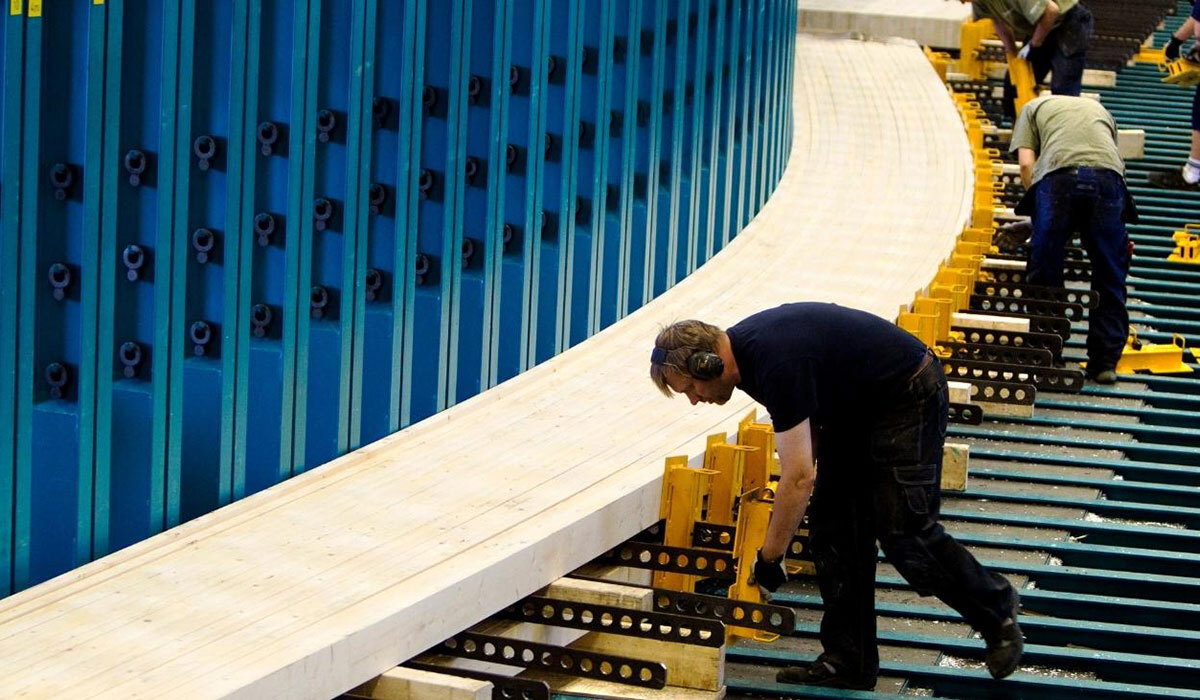 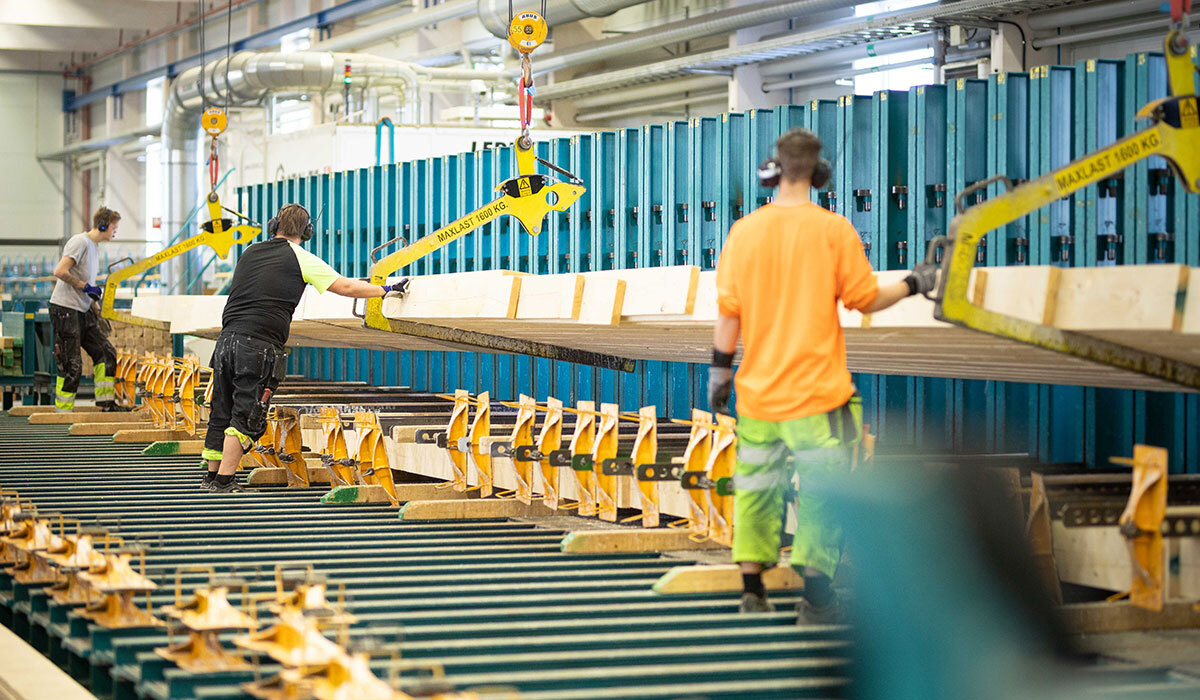