The medical technology company QuickCool is developing a portable system for cooling patients with cardiac arrest and other serious medical conditions. As a project partner, Prevas has taken care of the software, documentation and quality assurance system. The product launch is planned during the year.

With offices and lab facilities at the Ideon Science Park in Lund, QuickCool is a cooling system in which a salt solution circulates in a closed system in the patients nostrils. Measurement points on the incoming and outgoing liquid are continuously monitored, and cooling is regulated to keep the temperature at 36 degrees Celsius. The system is portable and the treatment can be provided by nurses without special training.

“Our product is so small that it can be suspended from a stretcher or bed,” says Fredrik Radencrantz, CEO for QuickCool. “In combination with a simple user interface, cooling can be immediately initiated directly upon arrival at the hospital.”

Throughout history there have been documented cases indicating that cooling increases survival rates in the event of serious injuries.

“A doctor who served at the Battle of Lund in 1676 observed that wounded officers carried into warm tents did not do as well as wounded soldiers left out in the cold,” says Fredrik Radencrantz.

The positive effects of cooling could be scientifically confirmed after the Second World War. During the 1980s, an extensive research project was conducted under the leadership of Tadeusz Wieloch, professor of neuroscience at Lund University and presently a QuickCool board member. He was able to prove that cooling increases cardiac arrest survival rates – and also reduces complications for survivors.

During the 1990s, research was taken further and a conflict arose between those who advised cooling to 33 degrees and those who preferred 36 degrees. In 2013, results of a major European study on cardiac arrest patients were released that showed that there were no differences in clinical effect for cooling to 33 degrees versus 36 degrees. However, the study indicated the importance of maintaining a constant temperature.

“Although our technical solution is not appropriate for high effect, extremely rapid cooling, it is excellent for maintaining a constant temperature,” says Fredrik Radencrantz. “For QuickCool, this was very positive and entails that there is nothing to hold back product development.”

“I realized that the development project needed to be properly managed”

Fredrik Radencrantz became the CEO for QuickCool in April of 2017 and was charged with launching the company's product. As it turned out, the system at that stage was not even close to being ready for the market.

“There were no functioning devices and documentation was lacking for software development. I initially thought that it was a matter of a few minor additions, but I soon saw that the development project needed to be revised and structured in an entirely new way.”

At this point, Fredrik Radencrantz decided to meet with Prevas for a second opinion on the situation. After a preliminary study that encompassed among other things, an evaluation of the existing code, QuickCool decided to redo the software. They also broke off collaboration with their previous development partner.

“I had a gut feeling that it wasn't working, that we had put major resources into a supplier that couldn't handle the job,” says Fredrik Radencrantz. “Prevas produced solid decision-making data that enabled us to take a new approach to development.”

As development continued of QuickCool's system, Prevas could contribute with skills in among other things, project development and software development, as well as testing and validation. Prevas has also helped with updating and maintaining their quality assurance system, and has been involved in the external audit in accordance with ISO 13485:2016.

“When we entered the project, sales should have already begun,” says Håkan Erlandsson. “The first thing we had to do was explain that there would be delay, which was not especially nice for the customer to hear. Although there are still a few minor development steps remaining, we now have full control of the situation and we foresee no uncertainties or risks of any significance.”

There are many suppliers that develop software, but to work in the development of life science products and solutions, there are stringent regulatory requirements. With many years of experience in life science, Prevas has branded itself as a skilled development partner that can handle these requirements.

“It feels great that we've been able to help with product development for an exciting company like QuickCool,” says Håkan Erlandsson. “We've contributed with the engineering, but perhaps above all, with knowledge of the industry and experience in the development of life science products.”

QuickCool is now leaving the development phase and moving towards approval and then on to production. As soon as CE-labeling is finished, the product will be initially launched on the European market. Work is also underway with complying with the more complex regulations that apply in the US, China, India and Brazil, for example.

“We still have several people from Prevas with us and we're extremely satisfied with them all,” Fredrik Radencrantz. “Prevas is a natural partner in our work. Things are going amazingly well and we should have had them along from the start.” 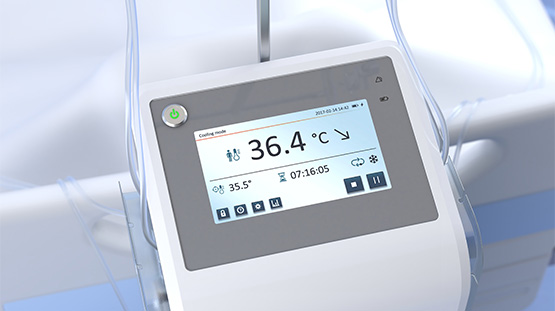 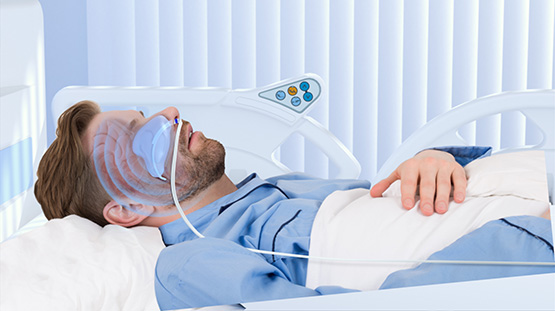 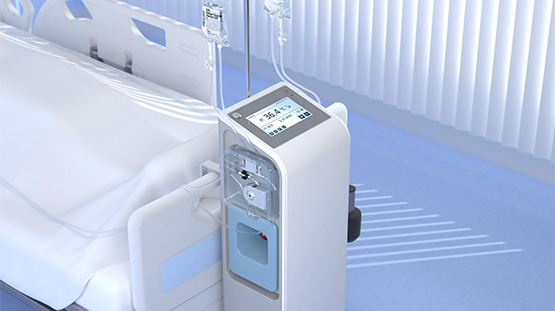