The product TripleA from Kontigo Care is on its way to becoming a major success. Together with Prevas, Kontigo Care has already won the Swedish Embedded Award, but the question now is whether the soft values should be rated even higher.

We meet Daniel Benitez, CEO for Kontigo Care AB, at the beginning of June 2015 at a hyperactive office in Uppsala. Nonetheless, he takes the time to tell the story of TripleA, a product they developed together with Prevas that is comprised of an alcohol monitoring device in pocket format, a mobile app and a system for data management. The purpose of the product is to help recovering alcoholics during that first critical period after leaving the care of a rehab center.

The idea for TripleA came from Daniel, himself a sober alcoholic, and is based both on previous professional experiences and his experiences from treatment and post-treatment. He noted that rehab centers usually work really well, with skilled staff, good treatment and motivated people.

“Even so, many relapse just a short time after leaving the rehab center, within five or six weeks,” says Daniel. “They were all very motivated. What was it that caused them to relapse, what was lacking when they left the rehab center?”

EXTENDING THE CARE PROCESS
During 2013, Daniel had more than 100 interviews conducted with people with dependencies and most, regardless of social or economic background, mentioned “drinking just for the sake of drinking.” Some even used the treatment as an argument, because they knew exactly what they were doing... But above all, everyone said “that it didn’t need to happen.” So why did it happen? Daniel concluded that the reason was that treatment stopped as soon as people left the rehab center.

The solution he arrived at was an alcohol monitoring device connected to a smartphone app that people would take with them when they left the rehab center. All that remained now was to transform the idea into practice... not exactly a simple task.

“I know from my own experiences that it’s difficult to build hardware and we didn’t find any equipment or alcohol monitoring devices that corresponded to our requirements,” says Daniel.

“The device had to be classified as a technical medical product, be small, sufficiently advanced and be able to communicate wirelessly with a smartphone via Bluetooth.”

Daniel realized that he had to develop new hardware and began looking for a partner. There were many potential partners to choose among and there were many meetings, including with Prevas. The professional and friendly impression they made led to a joint prototype project, which in turn meant – as Daniel puts it – “Prevas got to hold our baby.”

“I can’t deny that there have been both highs and lows in our collaboration, but this is also the reason why we’re still working together,” says Daniel.

“Even when we’ve run into problems, we’ve had that team spirit and been able to speak openly with one another.”

A SUPPORT FOR CARE RECIPIENTS
“The challenge has been the broad comprehensive responsibility, but this is also our strength,” says Kristoffer Andersson, consultant manager at Prevas in Uppsala. “From hardware design and industrial design to sensor technology and 3D printing. This has been a challenging journey and we’re truly happy for Kontigo Care and their success.

TripleA works by the user being prompted to perform a sobriety test on random occasions by blowing into the wireless alcohol monitoring device, while at the same time the smartphone’s camera takes a picture to show that the right person is blowing into the device. The results are then sent to the person or persons relevant in each case, such as a therapist but perhaps even a social welfare worker, relatives, friends or an employer.

“With TripleA, the person knows that drinking will not go unnoticed, and faced with this, most people will skip that glass of wine,” says Daniel.

“If a relapse should occur, the therapist will immediately find out about it, which enables measures to be taken at an early stage. Moreover, the app also registers if you have really gone to your scheduled appointments and meetings, such as with your therapist, or to cognitivebehavioral therapy meetings and AA meetings.”

The system is even a form of support for the recovering alcoholic in efforts to rebuild damaged trust. Does your partner trust you? Is your boss or coworkers whispering behind your back that you are drinking again? With TripleA, these doubts are eliminated once and for all.

“It also provides two-way communication that gives the user the opportunity to quickly let someone know if he or she isn’t feeling all that good,” says Daniel.

“It isn’t a surveillance system, it’s an extended and reinforced means of support in the treatment process, with TripleA serving as an extension of the therapist’s influence and strengthening the user’s will to succeed.”

THE TECHNOLOGY IS A FACILITATOR
Kontigo Care’s TripleA is entirely in line with the times, and not just because of the interesting technology it represents – which among other things resulted in the company winning the Swedish Embedded Award 2014with Prevas. The mHealth concept is highly topical and applications such of this are very much in demand in health care, something that Daniel is very aware of.

“The technology and hardware are actually only facilitators for the soft issues that TripleA addresses, but the platform is also a facilitator for other applications. We have many more ideas that we are further developing based on the solution Prevas has delivered,” says Daniel Benitez in closing.

At the end of June 2015, Kontigo Care was listed on First North, which is NASDAQ OMX’s European growth market. The company has brought in nearly SEK 17 million prior to the launch of TripleA. Development of the product is a true success story – perhaps above all because of all the people it can help in the future. 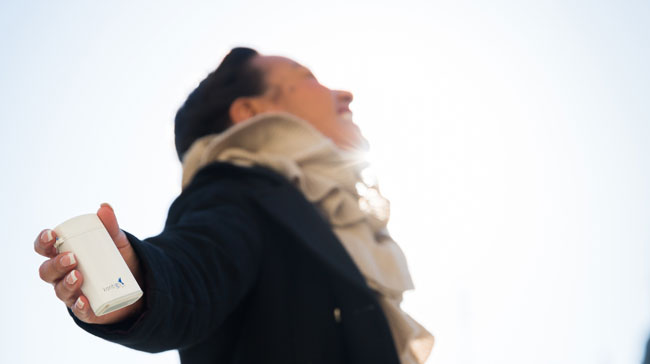 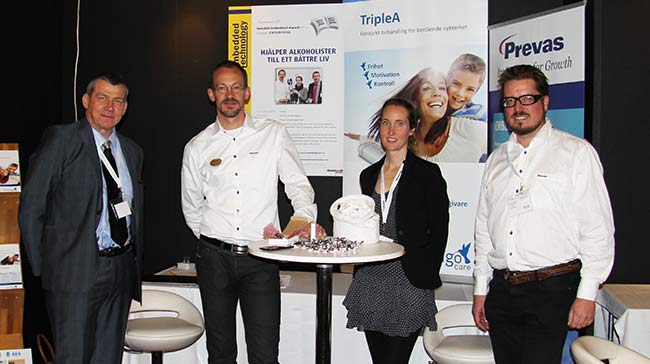