With a JABII in your hand, you can quickly get your heart rate up with martial arts while playing a digital game and without getting hurt. The game resembles a cross between fencing and boxing, and all hits made by the players are registered and recorded by an app, meaning the fight can be shared on the social media.

Caption:
A JABII extends the player’s arm by up to one meter and contains a shock-absorbing spring with an air pillow to prevent punches hurting.

The idea of JABII arose when Christian Thostrup was shadow-boxing with his son a couple of years ago. They were playing well, but the contest was uneven, partly because his son’s arms were shorter. And his son wasn’t particularly impressed with his dad’s punches! They could simply not compete with the super-strikes Christian’s son was used to from his computer games.

That started him thinking: Could he perhaps invent a kind of impact-absorbent boxing glove that would make the contest more even, and extend the combatant’s arm? Thostrup is an industrial designer and inventor, and he set about developing a Smart Toy able to tempt kids away from their computer screens, and help them benefit from exercise while playing.

“My ambition was to produce a toy that got the heart and adrenalin going, while being fun, safe, and great for kids, adolescents, and adults alike,” explains Thostrup.

He applied for and got grants from DGI, Innovation Fund Denmark, and Roskilde Festival, and called his invention a ‘JABII’, inspired by the boxing term ‘jab,’ or a short, sharp punch. The first prototype was ready in 2017, and when Discovery did a report on it, it went viral.

But Thostrup was not satisfied yet. Even though every test showed that JABII was fun, he knew that it could be a whole lot better. He found a partner, Giang Le, an engineer, and they set to thinking about how JABII could become a serious competitor to the many virtual games on the market if it had the right technology to take it there.

“Instead of trying to go against the digital wave, we needed to learn to use it constructively,” says Thostrup.

He therefore contacted Prevas to get help with the electronic element of JABII, to get the right gaming feel.

“The challenge for us was to make the tip of JABII robust and sensitive enough,” explains Henrik Møller, President of Prevas in Denmark.

The soft rubber pad in the tip of the JABII resembles a small airbag. Behind it is a telescopic tube that contains 60 small springs able to absorb the power of punches. Under the pad are sensors, batteries, a mini-computer with diode lights and loudspeakers, a Bluetooth unit to connect to the combatants’ mobile phones, an accelerometer and a gyroscope to measure the punches in 3D. All the parts had to be very small, use minimal energy and be well protected in order to be able to tolerate impact.

“Our job was also to find the right production partner. The choice fell on Scanfil, electronics manufacturing, which it supplies to JABII Group, who then fit it into the product,” explains Møller.

“One of the hardest things is to explain what a JABII can do and how it works. You can’t really understand until you try it. But in some ways, it works just like a running or cycling app that records your performance and creates excitement, pumping adrenalin into the blood,” claims Thostrup.

Covid-19 prevented JABII Group from being able to demonstrate the product, but it also meant a huge rise in interest for home exercise and games in small groups, meaning that JABII has actually sold well over 2000 units since it came onto the market in November 2020. It’s on sale now for around DKK 1495 for a set.

The new JABII is so good that DGI have bought it for its eSports departments. JABII really gets eSports players going, giving them exercise while gaming, and boosting focus on the next game.

Since Thostrup founded the JABII Group in 2017, he and his partners have been working full-time on the product, which they expect to be a huge hit.

“I think this will be the future of exercise for the younger generation. We need to compete with the games and scenarios they experience virtually, and that’s exactly what JABII does,” emphasizes Thostrup. 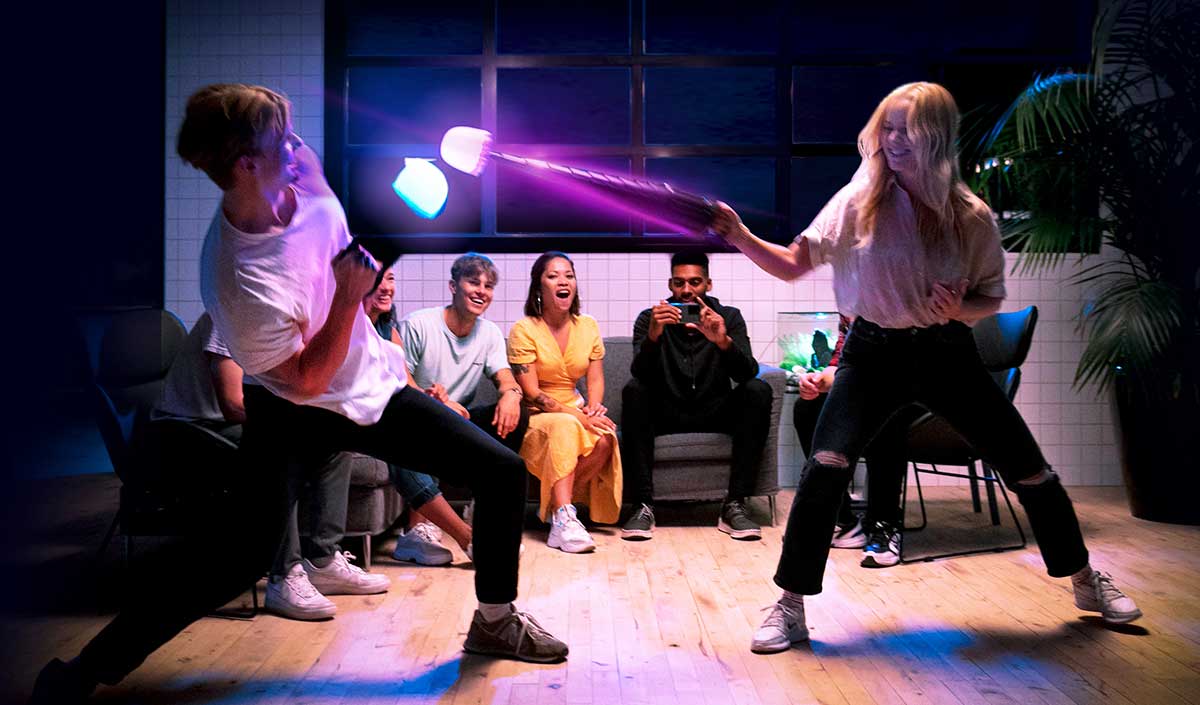 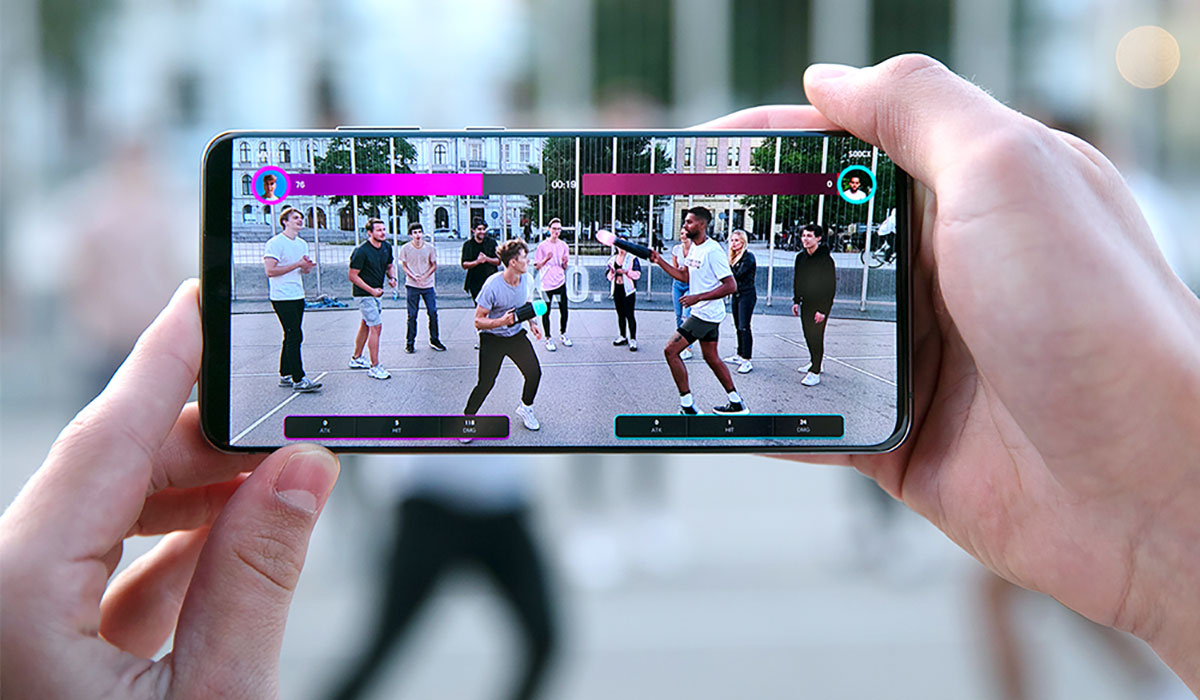 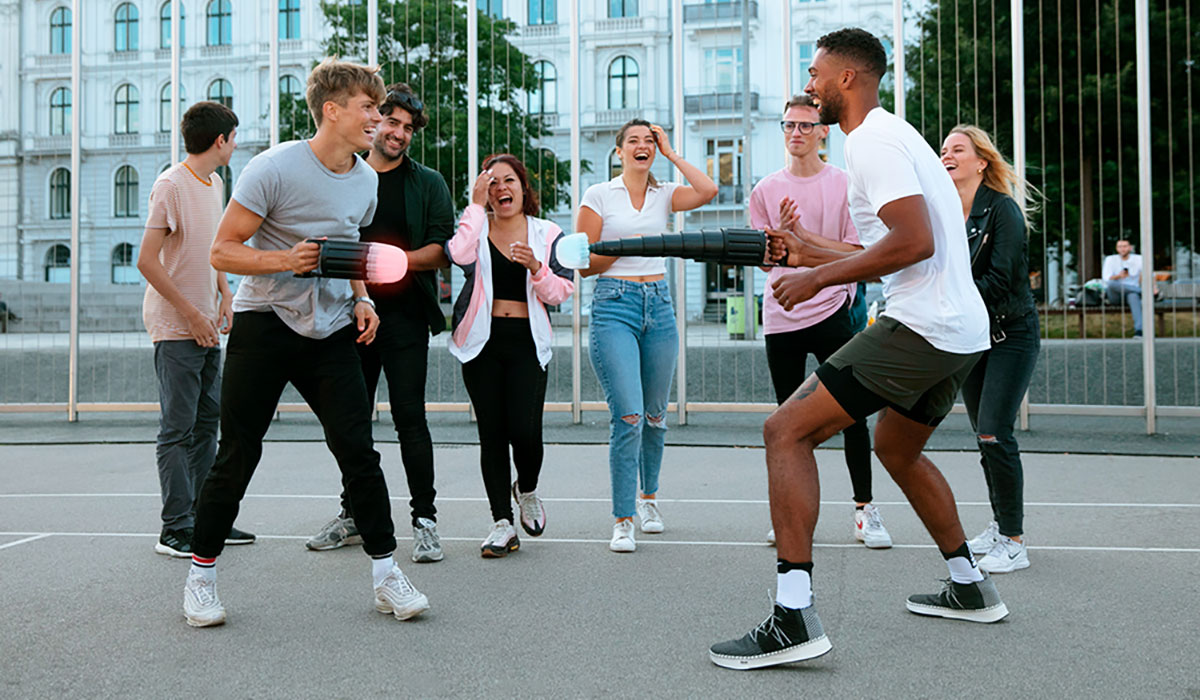